Pari Movie Review: Anushka Sharma spares no effort in either of the two roles to prop up Pari. A more inaptly titled film there has never been. But that isn't necessarily a smart sleight. Pari, which means fairy, is a horror flick that does not transport us to a universe of angels. The film may not be outright horrid in terms of quality. However, in seeking to deliver an unending supply of heavy-handed chills and thrills, it goes all out without a safety net. It comes up short and falls with a thud. The screenplay is the principal culprit. It is all over the place.

Dark, gloomy and dripping blood and gore from every pore, Pari is - without giving away the twisted plot details - about a chained, bruised and disoriented forest girl Rukhsana (Anushka Sharma) who is given shelter by Arnab (Parambrata Chatterjee) after his car runs over an old woman. Turns out that there is far more to the distressed damsel than the immediate, apparent cause of her anguish.

The lead actress is also the film's producer. She spares no effort in either of the two roles to prop up Pari. The technical attributes are well above average, the acting is strong, and the intent seems to be to blend genre elements with a certain degree of social relevance through the means of referencing recent events in India's neighbourhood. It is, in the end, too laboured a film to enthuse us to ignore its many failings and get into the swing of things.

Pari isn't exactly the sort of supernatural thriller that Bollywood fans are accustomed to watching, yet it abounds in several of the obvious tropes of the genre. Its flights into fear and foreboding are frequent. It leaves nothing to the imagination and yet feels exasperatingly fudgy. First-time director Prosit Roy gives a wide berth to subtlety. Like the heroine of the story, he goes hammer and tongs at the job of creating a full-on scare-fest. The effort falls flat because it stretches credulity to snapping point - and then some. 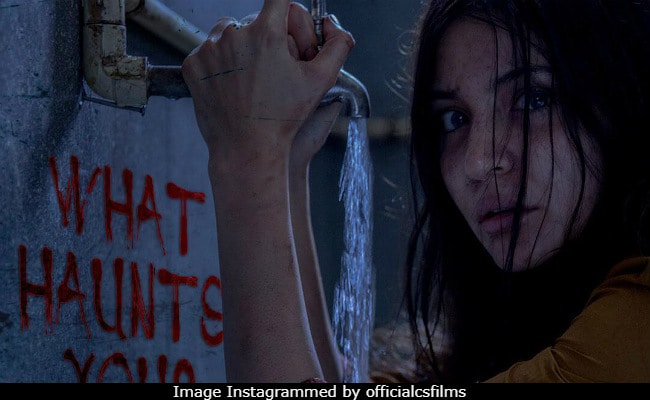 Pari is a 'deadly' variation on Anushka's previous production Phillauri, in which a benign, impish spirit had pined sweetly for an unrequited love from an earlier era. Here, the focus is squarely on malevolent spirits. Amid all the cinematic fire and brimstone, blood flows free. Some restraint might have helped.

Anushka, who plunges headlong into her role and does not hold back at all, has a perfect foil in the form of the solid, steady Parambrata Chatterjee. He gets into the skin of a gentle, unassuming soul who lets himself into an arranged marriage. On the way back from the nuptial rites, a car accident unleashes forces that he cannot understand, let alone control.

There are many passages in the film that fall between two stools - the romantic and the morbid - and fails to be convincing. Anushka and Parambrata, bred in divergent cultural spaces both as the actors they are and the characters they portray, display fine rapport, which is strained at times owing to the inordinate length of the film and the disconnect between the two opposed strands in the storyline. 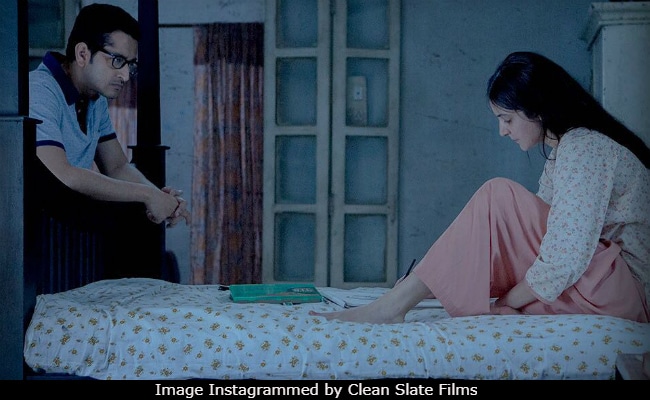 Pari Movie Review: A still from the film (courtesy Instagram)

Surely a horror flick can do without musical interludes. Pari does not and pays a price as a consequence. The director and the actors pass muster when they are doing what is central to the film - summoning the ghouls and rustling up dread-inducing acts.

Pari is an uneven film that could have benefitted from the intervention of a more assertive editor. While it is replete with twists, these throw the audience off rather than aid in enhancing clarity. The film does not keep up the pressure all the way through because it meanders into unnecessary spaces en route to its goal. When it does get where it wants to, the pitch soars, the melodrama goes out of hand and the competent acting all around counts for little.

Rajat Kapoor, playing a fearsome man whose job is to spout unbridled mumbo jumbo, tries gamely to rise above the absurdity. But there is just too much muck and murk in the concoction for it to be fully salvaged. 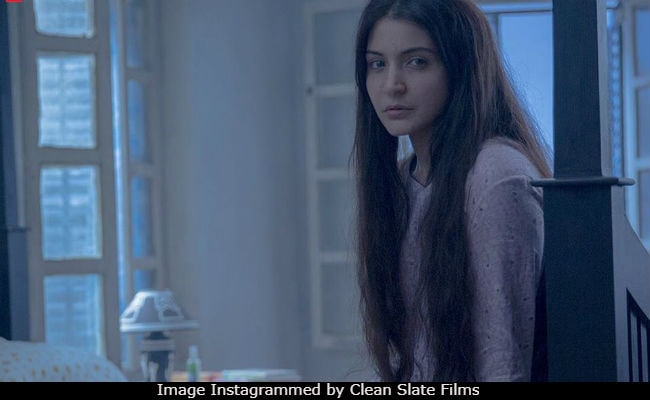 Pari Movie Review: A still from the film (courtesy Instagram)

Pari will definitely be remembered for Anushka Sharma's spirited performance. It isn't difficult to see why she has put her money on the film. It gives her a role of substance and she does full justice to it. Unfortunately, the film on the whole is eminently forgettable.

Promoted
Listen to the latest songs, only on JioSaavn.com
The casting of Parambrata Chatterjee is felicitous. He is an actor who is great at downplaying the dramatic moments. The film frequently falls prey to excess, but the lead actor holds on to his poise all through the din. He serves as a strong anchor in a film that allows the heroine to pull out the stops.

One thing that Pari isn't is predictable. But that isn't good enough. It just isn't the sort of spine-chiller that the pre-release "screamers" would have us believe. It lacks the narrative consistency that its in-your-face methods needed in order to be truly effective. In the end, the makers of Pari try way too hard. The outcome is an extended blur that leaves you dazed but totally unimpressed.