The film featuring Sanjay Dutt, Arjun Kapoor and Kriti Sanon is based on the third Battle of Panipat 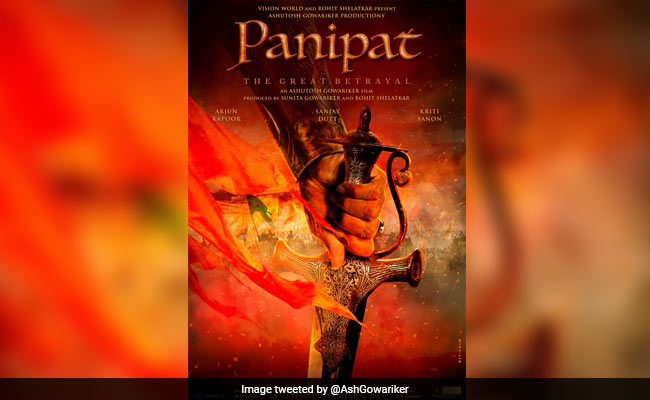 New Delhi: Ashutosh Gowariker's Panipat will go on floors in November 2018, the director announced on his official Twitter handle on Tuesday. Mr Gowariker wrote: "Prep is on across all fronts. Filming begins in November. Excited." The film featuring Sanjay Dutt, Arjun Kapoor and Kriti Sanon is based on the third Battle of Panipat, fought between Ahmad Shah Durrani's invading Afghani forces and Sadashivrao Bhau representing the Maratha Empire. Mr Gowariker also cleared some rumours around the film and tweeted, "Kiran Deohans was never considered for the cinematography of Panipat. My director of photography is CK Muraleedharan." Take a look at what Ashutosh Gowariker wrote:

Contrary to RUMOURS -
Kiran Deohans was never considered for the Cinematography of #Panipat
My #DirectorOfPhotography is -
C. K. MURALEEDHARAN.
Prep is ON across all fronts.
Filming begins in November.
Excited!! @duttsanjay@arjunk26@kritisanon@RohitShelatkar

Historical dramas have always fascinated me.
This time it is a story about what led to the Third Battle of #Panipat.
Here's the first Teaser Poster!!@agpplofficial#sunitagowariker@visionworldfilm@rohitshelatkar@duttsanjay@arjunk26@kritisanon#PanipatTeaserPosterpic.twitter.com/QfEYxJ0jRZ

My morning ride!! #WorkInProgress #PanipatPrep You increase your pace, it feels good, you increase it further, now you're scared, your whole body stiffens, you are not doing it right anymore, you're even more scared, you consciously let go of the fear, you loosen up, you're back on track, THAT feels amazing!!! The trick is to LET GO.. which is the hardest part!

Had quite a Sunday morning, started my horse riding sessions for Panipat today...Thank you to the President of Amateur Riders Club, Suresh Tapuriah, for the guidance and for making me meet this absolute beauty of a horse, Shaka Zulu!@AshGowariker#Panipatpic.twitter.com/tEWfpXSVHH

Of why he chose Krirti Sanon for Panipat, Mr Gowariker had earlier told news agency IANS: "I needed someone really beautiful as well as a good performer, and Kriti is both. The eclectic combination of these three is a first for me, and I look forward to this exciting journey with them called Panipat."

Promoted
Listen to the latest songs, only on JioSaavn.com
About zeroing in Arjun to co-star with Sanjay Dutt for the movie, Mr Gowariker said: "What impresses me most about Arjun, apart from his fine performances - is his dynamism. He has played double roles twice, and he has portrayed an action hero as well as a lover boy."

Panipat, whose tagline says 'The Great Betrayal', will hit screens on December 6 next year.