Panipat: Padmini Kolhapure captioned the post, "Gopika Bai - The keys to the kingdom lie in the heart of the Queen." 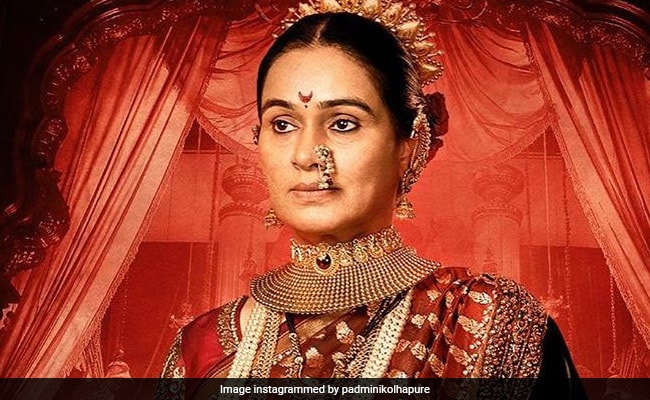 Actress Padmini Kolhapure, who plays the role of Gopika Bai (wife of Peshwa Nana Saheb) in Ashutosh Gowariker's upcoming period film Panipat, shared her character poster from the film and it can be best described as regal. Padmini Kolhapure captioned the post, "Gopika Bai - The keys to the kingdom lie in the heart of the Queen." The ensemble cast of Panipat is headlined by Arjun Kapoor and Sanjay Dutt, who play rivals Sadashiv Rao Bhau and Ahmad Shah Abdali, respectively. In the film's trailer, which released earlier this week, Gopika Bai is introduced as one of the family members of the Peshwa (played by actor Mohnish Bahl), who objected to his bias towards his cousin Sadashiv Rao Bhau. Gopika Bai wanted her son Vishwasrao to shine in the battle against Ahmad Shah Abdali while the Peshwa selected Sadashiv Rao Bhau to lead the joint-Maratha forces.

Here's the character poster of Padmini Kolhapure as Gopika Bai:

Panipat is based on the Third Battle of Panipat, which is documented as one of the most eventful battles of the 18th century. Ahmad Shah Abdali invaded the Maratha territory with the support of his mammoth Afghan army while Sadashiv Rao Bhau faced him on the battle field with his outnumbered army.

Watch the trailer of Panipat here:

Panipat also features Kriti Sanon as Parvati Bai, wife of Sadashiv Rao Bhau, who accompanied her husband to the battlefield and assisted in the administration of the Maratha camp.

Panipat is produced by Sunita Gowariker and Rohit Shelatkar and the film will open in cinemas on December 6.