Padmavati Star Shahid Kapoor Says, 'Give The Film A Chance'

Amidst the tension around the release of Padmavati, actor Shahid Kapoor said, "Watch the film and then decide" 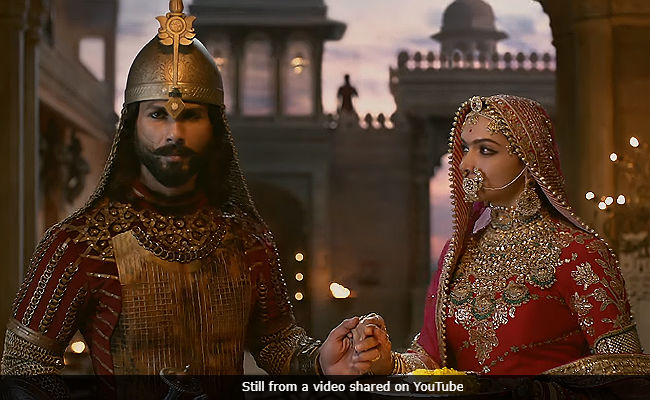 Padmavati is scheduled to release on December 1. (Image courtesy: YouTube)

New Delhi: Sanjay Leela Bhansali's upcoming film Padmavati is facing opposition and criticism (based on the film material released so far) but actor Shahid Kapoor, who plays one of the three protagonists Maharawal Ratan Singh, says that the audience and those criticizing the film should give it a chance, reports news agency PTI. The actor attended a GQ event on Sunday, where he told reporters: "I've been saying this since a long time. Watch the film and then decide. Give the film a chance and don't form preconceived notions." Mr Bhansali's period piece is based on the folklore of Rani Padmini of Chittor, who performed jauhar when Alauddin Khilji invaded the fort of Chittor. "We have tried to keep everyone's feelings and interests in mind. We have tried to make film as best as we could. We will respect whatever people think of the film but you should see it first," PTI quoted Shahid Kapoor as saying.

The trouble of Padmavati began even as the film was in being shot. In Jaipur, members of the Rajput Karni Sena had vandalized the sets and manhandled Mr Bhansali. Later, the sets were harmed again when they were filming near Mumbai. The posters of Padmavati were burned when they were first released during Navratri. The Rajput outfit has continuously maintained that they would disrupt the screening of the film if it will hit the screens. The members of the Rajput Karni Sena demanded that the film should be screened for historians and it has been reported that Mr Bhansali may be complying with that demand.

More recently, the Supreme Court turned down a plea seeking a stay on the release of Padmavati saying that the Central Board of Film Certification (CBFC) considers "all aspects before granting certificate to any film," reports PTI. Industry members have also supported Sanjay Leela Bhansali and team Padmavati. "The whole team is proud of the film. I think it's going to be a special cinematic experience, something which I hope the entire fraternity will be proud of," said Shahid Kapoor.

Eid Mubarak From Shah Rukh Khan And AbRam. "Everyone Give Yourself A Hug," Writes The Actor