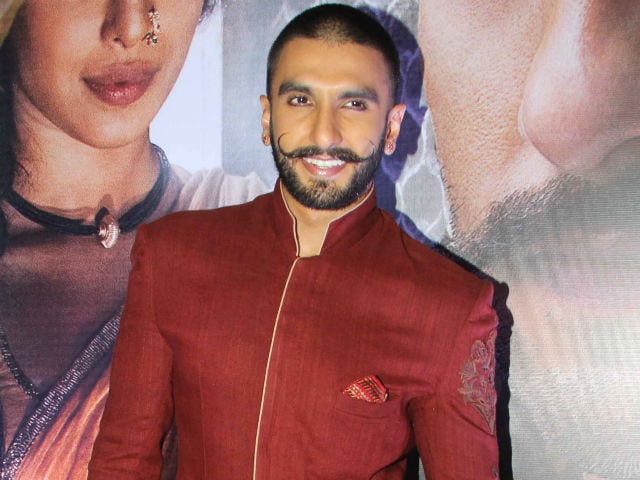 New Delhi: Team Padmavati have created much suspense around Ranveer Singh's look as Alauddin Khilji in the movie. While the first look posters of Deepika Padukone as Rani Padmini and Shahid Kapoor as her husband Raja Ratan Singh were released in September, Ranveer's was not. But hang on folks, the wait is almost over. Ranveer Singh is all set to make his debut on social media as Alauddin Khilji tomorrow, announced Deepika and Shahid, and Ranveer of course. "Sultan Alauddin Khilji arrives tomorrow morning," tweeted the Bajirao Mastani actor. Team Padmavati have been shooting for almost a year now, for which Ranveer Singh has sported a heavily bearded and mustachioed look. In a surprising stunt last month, he got rid of his previous look for a clean shaven one to play the younger version of the Khilji ruler.

Ranveer's new look, in which he sports long hair, received mixed reactions with some loving it and others crying over what's can't be undone. "I shaved off my beard to shoot young Alauddin's portion and I really miss my beard," is how Ranveer feels about the sudden change, reported IANS.

Deepika Padukone was the first one to have her poster released, striking everyone with her Padmavati unibrow, which had kept the Internet debating for a couple of days since release.

Promoted
Listen to the latest songs, only on JioSaavn.com
Shahid Kapoor as Raja Ratan Singh arrived subtly, featuring in an intense and blood stained poster like this:

Padmavati, which is Ranveer's third film with Sanjay Leela Bhansali, is arriving in theatres on December 1. Apart from Padmavati, Ranveer Singh will be seen as cricket legend Kapil Dev in his biopic to be directed by Kabir Khan.
Comments
ranveer singhpadmavati