Hours after the first look of Padmavati released on social media, Rajput Karni Sena said they will not allow the film to be screened if facts are distorted 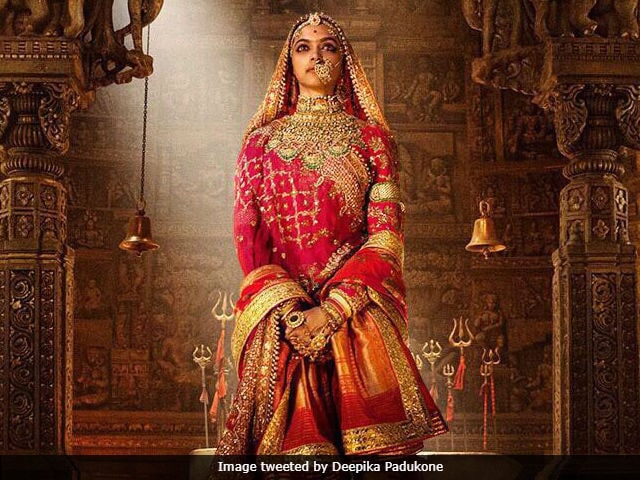 New Delhi: Hours after the first look of Deepika Padukone's Padmavati rocked the Internet, member of Rajput Karni Sena told news agency IANS that they will not let the film to be screened if director Sanjay Leela Bhansali and his team have distorted the facts. "We will not allow distorted facts to be shown in the film at any cost, and will see to it that the film is not screened in half of India. They are trying to defame Padmavati by distorting historical facts. It is not acceptable," an activist of Karni Sena told IANS. On Thursday, which coincided with the first day of the Navratri celebrations, team Padmavati released the two posters of their film on social media and both featured Deepika Padukone.

In one of the posters, Deepika stands with folded hands while several women stood in the background. The other poster presented Deepika Padukone as an absolute royalty. Both posters have been liked and shared several times by fans, Bollywoodwallahs and film critics.

Rajput Karni Sena founder Lokendra Singh Kalvi also told IANS that they've asked the film to be screened for historians and intellectuals to decide if facts have been misrepresented in any way. "Around 20 days back someone from Mr Bhansali's team had called and told us to see the film, but we asked them to show it to historians and intellectuals. After that we have not heard anything from them."

Earlier this year, members of the Rajput outfit disrupted the film's shooting in Jaipur, vandalized the sets and manhandled Mr Bhansali. After the incident, Mr Bhansali shifted the shooting destination to a place near Mumbai's Film City.

Padmavati is the story of Chittor's Rani Padmini, who performed juahar with several Rajput women after Alaudin Khilji invaded the fort of Chittor. Ranveer Singh plays the role of Alaudin Khilji and Shahid Kapoor plays Deepika's onscreen husband Ratan Singh in the film.

Promoted
Listen to the latest songs, only on JioSaavn.com
Padmavati will hit the screens on December 1.