PadMan Vs Aiyaary: All's Not Well Between Akshay Kumar And Neeraj Pandey? 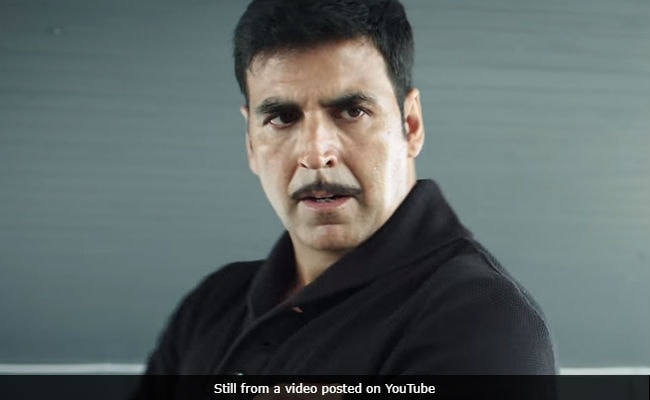 New Delhi: Neeraj Pandey's Aiyaari is all set for a box office with Akshay Kumar's PadMan onRepublic Day. An industry insider told news agency IANS that the clash is Neeraj's deliberate attempt to "take on Akshay." Neeraj Pandey and Akshay have given memorable hits like Special 26 and Baby but after financial differences led to the shelving of their proposed project Crack, the actor and director are reportedly not on speaking terms. "Neeraj Pandey is very much aware that Akshay's PadMan is releasing on January 26. Neeraj still went ahead with the release of Aiyaary. Why? Because the two have fallen out over financial issues. Their proposed fourth film together 'Crack' which was to be made and released on Independence Day, has also been shelved," the insider told IANS.

According to an IANS report chances of Aiyaari beating PadMan at the ticket window are "bleak." The trade pundits say, "Akshay's reputation as the hero of the masses has already generated massive interest in PadMan whereas Aiyaary with Sidharth Malhotra (Akshay's Brothers co-star), who hasn't had a hit in a long time, and Manoj Bajpayee, a brilliant actor with no box office clout, stands a distant second in terms of audiences' appeal."

Akshay has another film coming up soon after PadMan, which is Rajinikanth's 2.0. Earlier there were reports that 2.0 will release on Republic Day having been postponed once. However, Akshay announced January 26 as the release date for PadMan, which is his wife Twinkle Khanna's first film as producer under Mrs FunnyBones Movies. "I am certainly having a release on Republic Day because if I don't do it, there are many others who are waiting in line. So I might as well take advantage," Akshay earlier told mid-day.

Promoted
Listen to the latest songs, only on JioSaavn.com
PadMan is directed by R Balki and it also stars Radhika Apte and Sonam Kapoor.