#OscarsSoWhite, But Here Are 8 Great 2015 Performances by Black Actors 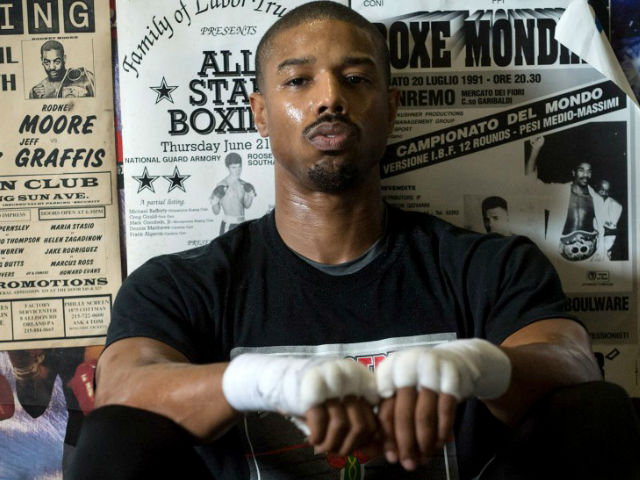 Los Angeles: The #OscarsSoWhite hashtag created by April Reign was useful again Thursday morning when, for the second year in a row, the Academy of Motion Picture Arts and Sciences released a slate of acting nominees that didn't include a single actor of color.

As the critic Mark Harris pointed out, we haven't had two years in a row of all-white acting slates since 1997 and 1998. American movies are still overwhelmingly populated by white actors (specifically white men). But at a moment of intense conversation about diversity and mass culture, this set of nominations made the entertainment industry, which likes to pride itself on leading American culture into the future, look decidedly out of step. (Also Read: Leonardo DiCaprio's The Revenant Lead Oscar Nominations With 12 Nods)

It's absolutely true that Oscar nominations and Oscar wins matter on both an individual and structural level. Winning an Oscar can change an actor's or director's career. (Also Read - Oscars 2016: Outrage as Black Actors Absent From Nomination Lineup)

But I also think that at times, the viewing public overvalues Oscar nominations. Just because the Academy has power doesn't mean that the movies it ignores aren't good, or even tremendous. If we feel the nominations today are stodgy and bad, one of the best ways to counter them is to celebrate the films we loved best.

So to mark the whiteness of this year's Oscars, here are seven performances by black actors I loved in 2015:

1. Michael B. Jordan, Creed: What a wonder Michael B. Jordan is, and how marvelous it is that he and director Ryan Coogler have found each other. I adored the work they did together in "Fruitvale Station," and it was wonderful to see them again here. Jordan plays Adonis Johnson, the illegitimate and abandoned son of Apollo Creed (Carl Weathers), the longtime rival and friend of Rocky Balboa (Sylvester Stallone), who is retired and running a little Italian joint in Philadelphia. Jordan brings tremendous physicality and joy; Adonis' journey to boxing stardom is credible, and Coogler wisely doesn't strain credibility, letting his character lose the final fight but perform credibly. But even more than that, Jordan excels at bringing out Adonis's extreme emotional vulnerability and his craving to prove he's worthy of love.

2. O'Shea Jackson Jr, Straight Outta Compton: It's always challenging for the children of famous people to make their own marks in their parents' industry. It's particularly challenging when your acting job is playing your own iconic father. But O'Shea Jackson Jr. more than rose to the challenge in Straight Outta Compton, portraying his father, Ice Cube, alternately as a lyrical prodigy, a resentful member of a supergroup eager to go out on his own and a man who feels himself to be persistently misunderstood. I can't wait to see what he does next.

3. Abraham Attah, Beasts of No Nation: Idris Elba justly got a fair amount of attention for his turn as the Commandant in this film about child soldiers; watching him devolve from God in the eyes of his young troops to an angry, flummoxed, sidelined man in the larger context of a war was terrific. But I hope folks also recognize the young Attah, who anchors the movie as Agu, one of the children who falls under the Commandant's sway. If Jacob Tremblay did great work in Room as a child who was open and joyful despite circumstances that should have made him anything but, as Agu, Attah had to play a child withdrawing from childishness much faster than was natural or fair. They're nice counterparts to each other.

4. Jada Pinkett Smith, Magic Mike XXL: I would pay an exceedingly large amount of money for a movie about Rome, the proprietress of a fabulously-appointed Southern house of pleasure that caters to black women; former lover of the titular Mike (Channing Tatum); and also former lover of Paris (Elizabeth Banks), strip competition emcee extraordinaire. It was delicious to watch Smith get to embody the sort of steely sexual swagger normally reserved for men. Rome is a swashbuckler, and there should be many more women like her on film.

5. Audra McDonald, Ricki and the Flash: One of the great things about Jonathan Demme's drama about Ricki (Meryl Streep), a wannabe rockstar who returns to the family she's abandoned after her daughter's (Mamie Gummer) husband unexpectedly leaves her, was the way it played with race and class. Ricki is living paycheck to paycheck, working at Whole Foods and resenting the culturally liberal customers who pass through her queue. And when she comes back home, she clashes with McDonald's Maureen, Ricki's husband's new wife. Maureen embodies the kind of upper-class liberalism Ricki despises, and Maureen feels she's done the difficult work of parenting that Ricki blithely walked way from. McDonald is a more than worthy adversary for Streep, and their scenes together are among the best in the movie.6. Adepero Oduye, The Big Short: You might have missed her in the big ensemble that populates Adam McKay's drama about the financial crisis. But the star of Pariah, Dee Rees's great film about a young lesbian finding her independence from her family, is very good in a small role as the liaison between hedge fund manager Mark Baum (Steve Carell) and the larger firm he works with. She's a lovely foil for Baum's harshness and social awkwardness. And The Big Short makes her a sympathetic representative of the big firms who trusted that the housing market would boom forever and then tried to get out when they were wrong. I'm glad McKay had the good taste to cast her. And I hope this is a sign of more work to come.

7. John Boyega, Star Wars: The Force Awakens: Was there an actor who appeared to be having more fun on screen in 2015 than Boyega, who played deserting stormtrooper Finn in The Force Awakens? Boyega was morally conflicted, flirtatious, exuberant and protective; The Force Awakens was a great showcase for his range. In a year when The Revenant picked up a ton of Oscar nominations for bragging about the suffering its cast and crew had to endure, Boyega was a powerful and useful reminder that filmmaking can also be about pleasure.

8. Teyonah Parris, Chi-Raq: Parris is one of my favorite young actors working today: funny, romantic, righteous, wounded -- she can do it all. Spike Lee's Chi-Raq, a remake of Lysistrata that's alternately wild and supremely grounded, wouldn't come to close to working without her. But work it does. If Chi-Raq doesn't get Parris all kinds of work, then Hollywood is even more broken than we have cause to think it is.