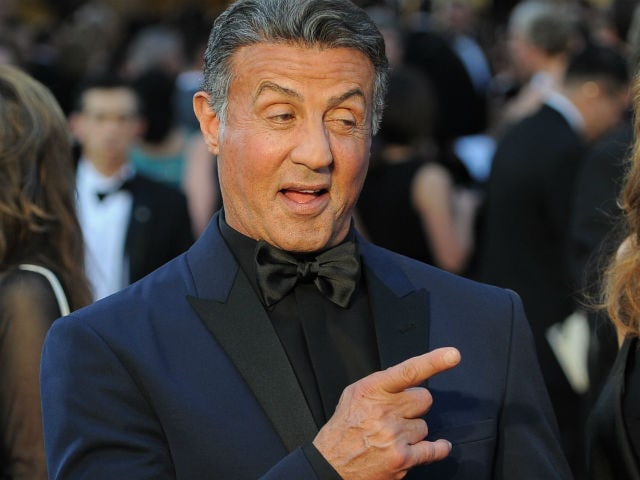 Los Angeles: A furious Frank Stallone slammed the Academy in a foul-mouthed tirade for snubbing big brother Sylvester in the Best Supporting Actor category at this year's Oscars.

The Rocky star was widely backed to bag the prize following a Golden Globe award for his critically acclaimed turn as the boxer in Ryan Coogler's spin-off movie Creed.

But the statuette went instead to Britain's Mark Rylance for Bridge of Spies, in one of the biggest shocks of Sunday's gala ceremony.

The Academy should be ashamed of themselves. It's as clear as the nose on your face that Sly won. Mark who? It's total Hollywood bullshit

The younger Stallone, warming to his theme, insisted that Mr Rylance should have "been embarrassed" to supplant an actor who had done a "historic job" creating two cinema icons that have appeared in films spanning four decades.

First of all my brother has created 2 American icons 40 yrs worth and he did a historic job. If I was Mark? I would have been embarrassed

Mark Rylance couldn't even comb his hair for Christ sake this is the 3rd time Sly's gotten ripped off Rocky, Copland and Creed. New Voters

Stallone himself was in more magnanimous mood, posting a picture of himself on Instagram in his black and blue Oscar tuxedo winking at the camera, fist clenched in defiance. (Also Read - Oscars 2016: Complete List of Winners)

He later posted a screenshot of a smiling Rocky from "Creed," assuring fans that he was "very happy" and urging them to "please understand my brother is so emotional because he is just very protective and only wants the best for me. Life is good!"

Sorry, didn't mean for this picture to go up before saying that I'm very happy and please understand my brother is so em motional because he is just very protective and only wants the best for me. Life is good!

Mr Stallone was last nominated for an Oscar 39 years ago as Best Lead Actor and Writer for Rocky.

A host of celebs rushed to ally themselves with Team Sly, including British media personality Piers Morgan, US actress Mia Farrow and Arnold Schwarzenegger, Mr Stallone's co-star in action franchise The Expendables.

Sly, to me you're always the best, no matter what they say.

Mr Rylance, 56, was asked backstage how it felt to have outpunched Mr Stallone but said he didn't take awards too seriously.

"I don't know, people come up and say things about competing as actors and I know it's necessary to make a show out of it," he told reporters, insisting he did not feel "better" than his fellow nominees.