Irrfan, who was a familiar face for international cine-goers as well as being adored and admired at home, died of cancer last year at the age of 53 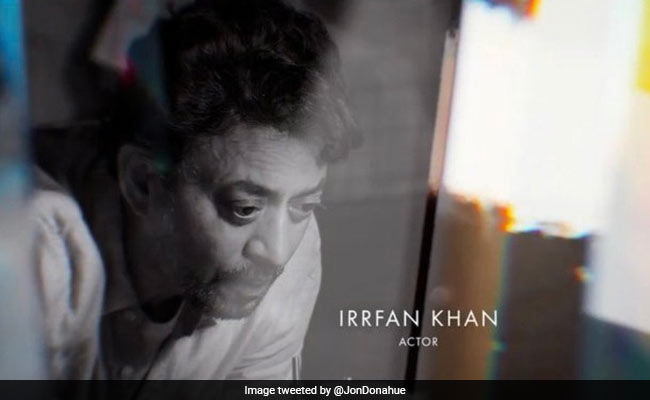 The remembrance segment of the 93rd Academy Awards, In Memoriam, included the beloved Irrfan Khan and costume designer Bhanu Athaiya who won India's first Oscar for her work in 1982 film Gandhi. Irrfan, who was a familiar face for international cine-goers as well as being adored and admired at home, died of cancer last year at the age of 53. Irrfan's Hollywood credits include The Namesake, Life Of Pi, Slumdog Millionaire and Jurassic World, in addition to his work in acclaimed movies like Paan Singh Tomar, Maqbool and the BAFTA-nominated The Lunchbox. Bhanu Athaiya, who was 91 when she died last year, worked on over 100 films, including Lagaan, Swades, Chandni and Agneepath.

The In Memoriam segment this year ended with two of last year's most poignant losses - Hollywood great Sean Connery and Chadwick Boseman, who was nominated for Best Actor but lost to Anthony Hopkins. The Academy continued its infamous tradition of leaving out stars who should have been remembered in the In Memoriam montage; this time, Arrested Development actress Jessica Walters was forgotten as was Glee star Naya Rivera.

Rishi Kapoor, who was featured in the tribute section of the BAFTAs, was not included in the Oscars' In Memoriam and neither was Sushant Singh Rajput.

Watch the In Memoriam montage here: