Oscars 2020: A List Of Snubs, Topped By Jennifer Lopez

Oscars 2020: This will once again be a year of #OscarsSoWhite - there are only two spots of colour in the acting categories 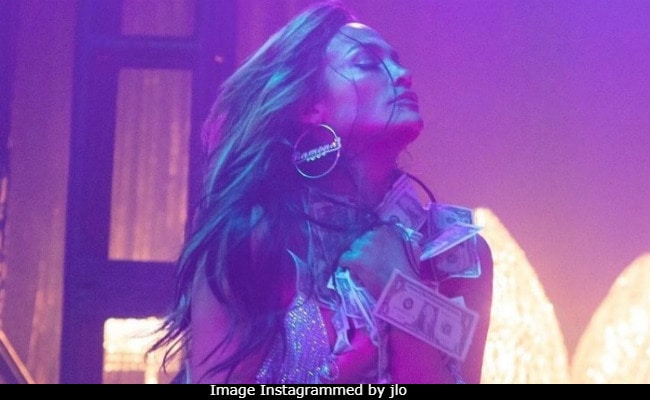 This year, the Oscars failed to address their diversity problem yet again, shutting out women from its directing category and people of colour from almost every category in the slate of nominees that were announced yesterday. Before we bring out the trope about merit having little to do with race and gender, let's be clear here that we aren't suggesting that nominations be handed out simply for political correctness; we are talking about women and people of colour whose accomplishments in film in the last year should have earned them a spot among the Oscar hopefuls regardless. The sole ray of light here are the multiple nods for South Korean film Parasite, including a Best Director nomination for Bong Joon-ho; but this stab at redemption notwithstanding, this will once again be a year of #OscarsSoWhite - there are only two spots of colour in the acting categories: African-American Cynthia Erivo is up for Best Actress and Spaniard Antonio Banderas is nominated for Best Actor. Also, the Academy fell over itself to nominate Scarlett Johansson (who controversially said last year that she should be allowed to "play any person, tree or animal" after her casting in the manga-based Ghost In A Shell was criticised as whitewashing) twice in both the Best Actress and Best Supporting Actress categories but couldn't be bothered to give equally deserving (or more) actors of colour a look in.

Jennifer Lopez: Jenny from the block, of Puerto Rican origin, lost what was considered a guaranteed place in the Best Supporting Actress category despite her acclaimed turn as stripper Ramona Vega in Hustlers. Instead, in a year where movie and Oscar conversations have been dominated by praise for JLo's performance, Kathy Bates was nominated for Richard Jewell and Scarlett Johansson, also a Best Actress nominee, for Jojo Rabbit. This tweet from journalist Candice Frederick sums it up perfectly:

I imagine them sitting in a room wondering, "is there anyone ANYONE we can nominate instead of jennifer Lopez? Oh, wasn't kathy bates in a movie? Yeah, that." https://t.co/VMfLmoR6LU

Greta Gerwig: At the end of the announcement of the all-male directing nominees, presenter Issa Rae said pointedly, "Congratulations to those men." Greta Gerwig, whose acclaimed adaptation of Little Women has multiple nominations but no Best Director nod for Ms Gerwig, was likely top of Issa Rae's mind. The omission is even more irony-rusting if you consider that Little Women is quite literally a film about women and stars a female protagonist struggling for recognition in a male-dominated world. Twitter agrees that Ms Gerwig was robbed.

I love how little women basically received the exact same acting noms as once upon a time in Hollywood, just female, but Greta Gerwig didn't get a nom for best director. Smh pic.twitter.com/pbQeEEqbh5

Wow, it's almost as if Greta Gerwig, Lulu Wang, Marielle Heller and Lorene Scafaria didn't even direct some of the most talked about movies of the year. #supportfemaledirectorshttps://t.co/8Nks8qScmj

On an aside, Greta Gerwig did receive a directing nomination at the Oscars in 2018 for Lady Bird. But hold the applause because it made her only the fifth woman to be thus recognised after Lina Wertmuller, Jane Campion, Sofia Coppola and Kathryn Bigelow in the 90-plus year history of the Oscars.

Awkwafina: The Asian-origin star of The Farewell has made almost every awards nominee list this season bar the BAFTAs and now the Oscars. She won the Golden Globe for Best Actress (Comedy/Musical) but has been shut out of Hollywood's biggest award show in spite of massive critical acclaim. Had Awkwafina been nominated for a Best Actress Oscar, she would have been only the second woman of Asian descent after Indian-born Merle Oberon to have been acknowledged by the Academy. Did we mention that ScarJo has two nominations this year?

i can't believe scarjo got away with two noms both in leading and supporting roles when lupita, awkwafina, zhao, jlo and many others were literally there pic.twitter.com/fCldqcL3XW

Taron Egerton: When the Academy is being an equal opportunity snubber, it also overlooks white male actors. There are but five berths in most Oscar categories and, as such, someone has to be left out. Strangely enough, some of those left out of the nominees this year include winners of the Golden Globe for equivalent awards. Taron Egerton, who won the Globe for Best Actor (Comedy/Musical) for his performance as Elton John in Rocketman, was shut out of the Oscars along with Awkwafina; Leonardo DiCaprio, whom he beat at the Globes, was nominated. Twitter doesn't get it either.

Taron and Awkwafina win the Globe but no Oscar nomination? pic.twitter.com/070U7xU1GB

Also surprisingly overlooked were these other Golden Globe nominees, also considered strong Oscar contenders. Dolemite Is My Name Eddie Murphy star was crowded out of the Best Actor category as was Ford v Ferrari's Christian Bale. Frozen II and The Lion King didn't make the Best Animated Film cut. Beyonce's song Spirit from The Lion King also failed to be nominated for an Original Song Oscar. Pundits and cine-goers were also disappointed that some performances not acknowledged at the Golden Globes were left out at the Oscars as well - among these names are Lupita Nyong'o for Us and Adam Sandler for Uncut Gems.

Another director that didn't make the Globes nor the Oscars - Marriage Story's Noah Baumbach. Both Little Women and Marriage Story have multiple nominations that include Best Picture, acting nods and writing nominations. The Academy thinks these films were acted well, written well and are among the best films of the year but it doesn't think they were directed well. As Trevor Noah said on The Daily Show about Little Women, "Did you know the movie directed itself?"

TONIGHT: Congrats to "Little Women" for directing itself! pic.twitter.com/scD3kL9OCY

The Oscars, by very definition, are the most exclusive of Hollywood's award shows. It rarely honours films or performances it doesn't understand. Perhaps the Academy's resistance to boldly go where no other award shows have gone before is unsurprising and one could argue that the Academy reserves the right to award those it chooses to award. However, the message from years of criticism over the lack of diversity - evolve or risk irrelevancy - is one that the Oscars should ignore at its own peril. Great cinema, award-worthy cinema, is made now by people of genders other than male, races other than White; any refusal to recognise that the times, they have a-changed and with them, the notions and standards of cinematic excellence carries with it the risk of irrelevancy, the risk of eventually ending up as a cautionary tale.