Oscars 2019: The Internet Can't Get Over Green Book's Controversial Win 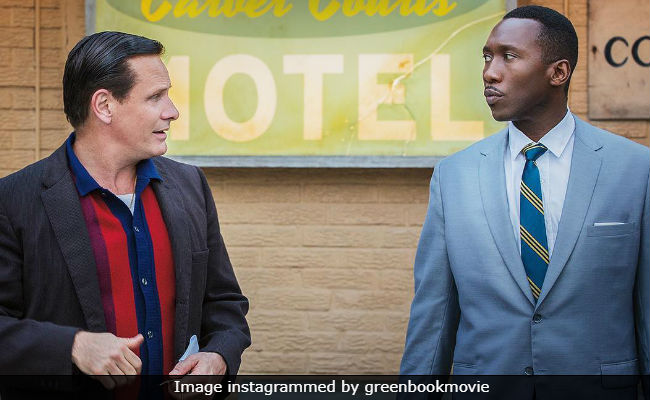 The biggest surprise of the Oscars this morning was served up at the very end, not too long after Olivia Colman sneaked Best Actress away from multiple-time nominee Glenn Close in a stunning upset. Best Picture - the final and arguably the most important prize of the awards - went not to Alfonso Cuaron's Roma nor to Spike Lee's BlackKklansman and certainly not to the crowd-pleasing Black Panther but to Green Book, a film accused of inherent racism. Green Book, set in 1962, tells the story of how African-American pianist Don Shirley is driven around the Mid-West and Deep South on a concert tour by his white employee, Tony Vallelonga. The 'Green Book' of the title refers to an actual guide book that was used at the time to identify motels, eateries and fuel pumps that would serve African-Americans.

The trouble with Green Book, critics say, is that it takes the story of Don Shirley, a black man, and turns it into the story of his white driver. In 2019, the beleaguered Academy Awards have honoured a movie that appropriates black history and absorbs it into the white experience. Also, Don Shirley's family have objected vociferously to the way the film portrays him (Mr Shirley died in 2013), prompting actor Mahershala Ali, who plays him in the film, to apologise to the family for any offence caused. Mahershala Ali's performance as Don Shirley won him his second Best Supporting Actor Oscar and Green Book also won Best Original Screenplay.

The problematic Best Picture win did not escape social media. Twitter is throbbing with outrage and it seems that Spike Lee, who was nominated for Best Director, shared the anger even as the win was announced. Mr Lee's film BlackKklansman, also nominated for Best Picture, examines a slice of USA's racial history as Green Book does - it tells the true story of how an African-American detective managed to infiltrate the Ku Klux Klan in the 1970s. Spike Lee was not impressed by Green Book's win and, in fact, left the room during the announcement:

Spike Lee was visibly angry when "Green Book" was announced as the winner of best picture at the Oscars, waving his arms in disgust and appearing to try to storm out of the Dolby Theatre before he was stopped at the doors. He returned to his seat when the speeches were over.

Spike Lee (The one in purple) left the room when Green Book was announced as the winner. My man. #Oscarspic.twitter.com/CGVjPlbpDL

There was a certain amount of serious rumination about the Green Book win on Twitter:

extreme bummer that for many people going forward, the phrase "Green Book" will call to mind a racially problematic movie illustrating the film industry's embarrassing myopia, rather than a text that helped black people survive racial violence for decades

Remember how BLACKKKLANSMAN ends with, "oh yeah nothing has changed and we haven't learned anything?" And people were like, "that's really on the nose."

And plenty of mocking, with references to the Moonlight-La La Land Best Picture mix-up from three years ago:

There was a mistake.
Green Book didn't win.
#Oscarspic.twitter.com/6LuvObGFsf

True Detective 4 will be about figuring out why Green Book won Best Picture.

"Well, *i* liked Green Book" - every family member you only talk to once a year

The Green Book shocker is, perhaps, a fitting finale to what has been one of the Academy Awards' most troubled years, from the decision to go host-less after Kevin Hart stepped down over controversial tweets to the ultimately reversed announcement that four Oscars would be presented during commercial breaks.

Green Book stars Viggo Mortensen in the lead as Tony Vallelonga, for which he was nominated for Best Actor, losing to Bohemian Rhapsody 's Rami Malek.