Mahershala Ali cleaned up this awards season, also winning a Golden Globe, a prize from the Screen Actors Guild and a BAFTA apart from Oscars 2019 win 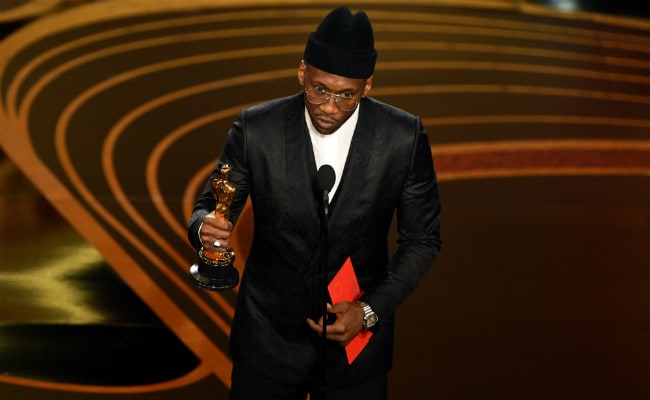 Mahershala Ali exudes a quiet intensity in his acting, whether he is playing a drug dealer, a Washington lobbyist, a detective or a world-class musician. That strength has earned him a second Oscar in three years. Mahershala Ali on Sunday took home the statuette for best supporting actor once again, this time for his portrayal of a classical pianist traveling through the segregated American South with a white driver in Green Book.

The 45-year-old actor cleaned up this awards season, also winning a Golden Globe, a prize from the Screen Actors Guild and a BAFTA.

He fended off competition from last year's winner Sam Rockwell (Vice) and three first-time nominees: Sam Elliott (A Star Is Born), Adam Driver (BlacKkKlansman) and Richard E. Grant (Can You Ever Forgive Me?)

In Green Book, Mahershala Ali stars as Don Shirley, a classical and jazz pianist who in the early 1960s hires an Italian-American bouncer, Tony Lip Vallelonga, to drive him to a series of concerts in the Deep South.

"Just trying to capture Dr Shirley's essence pushed me to my ends, which is a reflection of the person he was and the life that he lived. And I thank him," Mahershala Ali told the audience at the Dolby Theatre in Hollywood.

Vallelonga (played by Oscar nominee Viggo Mortensen) is all bluster and Shirley is all refinement but the two become friends against all odds - learning from each other along the way.

Shirley confronts some personal demons during the trip -- about racism, sexuality and his somewhat isolated life.

"He couldn't find his community, and that quietly plagues him," Mahershala Ali told Entertainment Weekly.

"He voices it, and it's still something he has to wrestle with after it's voiced. He was not able to exist fully in any world."

The film based on a true story weathered some controversy on the road to the Academy Awards, with some critics saying it recounted Shirley's incredible life through the lens of a "white saviour."

Shirley's family also spoke out against the movie, and Mortensen came under fire for using the N-word during a Q&A session about the film, in trying to explain how society had changed in the past 50 years.

But Mahershala Ali -- the first Muslim film star to pick up a golden statuette - defended his co-star, telling The Los Angeles Times: "Even in him using the word, it wasn't intended to be racist. If anything, it was the opposite.

"It's sort of a perfect moment in that it's actually exactly what the film is about -- awareness."

Born Mahershalalhashbaz Gilmore -- he was named after a child of the biblical prophet Isiah -- and raised near San Francisco, Ali studied mass communications at St. Mary's College of California.

He made his professional debut performing with the California Shakespeare Festival and, soon after, earned a master's degree in acting from New York University.

Mahershala Ali, a Muslim convert since 1999 with a Christian minister for a mother, joined the minority Ahmadiyya Community, a movement seen as heretical by other Islamic sects, in 2001.

His first major movie role was in David Fincher's 2008 fantasy drama The Curious Case of Benjamin Button, opposite Brad Pitt and Cate Blanchett.

After that, Ali had notable big-screen roles in The Place Beyond The Pines, Gary Ross's civil war era drama Free State of Jones and the final two The Hunger Games films.

Then came Moonlight, Barry Jenkins' coming-of-age tale about a young African-American, Chiron, growing up in a rough neighbourhood of Miami.

Mahershala Ali won his first Oscar for playing drug dealer Juan, who imparts life lessons to Chiron that help him survive in prison and in the outside world.

On television, Ali had an Emmy-nominated turn on Netflix political drama House Of Cards as White House lobbyist turned chief of staff Remy Danton and was featured on Treme and Marvel's Luke Cage.

Currently, he stars in the third season of dark HBO drama True Detective.

Mahershala Ali was in another Oscar-winning film this year -- he voices the nefarious character of Uncle Aaron in Spider-Man: Into the Spider Verse, which won the award for best animated film.

He is currently in theatres in Alita: Battle Angel.

Muslims artistes have won Oscars in various categories over the years -- including Pakistani documentary filmmaker Sharmeen Obaid-Chinoy and feature director Asghar Farhadi -- but he is the only one to win for acting.

Mahershala Ali and his wife Amatus Sami-Karim have one child, a daughter named Bari Najma Ali.