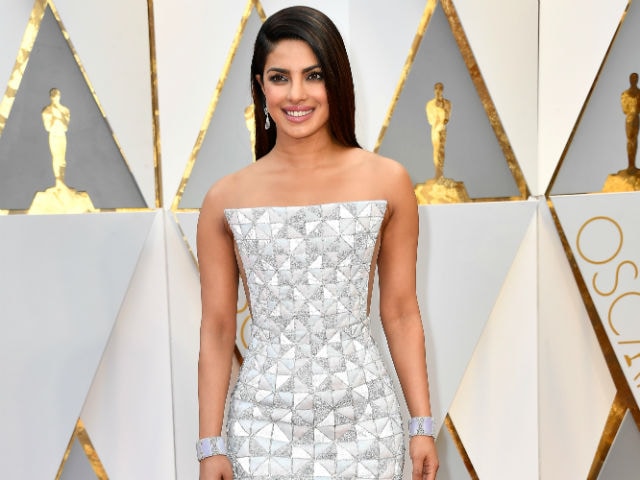 New Delhi: Priyanka Chopra's Oscar dress is trending, just as the dress she wore last year did, but for a very different reason. Social media has reviewed the silver geometric-patterned Ralph and Russo sheath that she wore to the 89th Academy Awards and comedy collective AIB has concluded that the dress looks rather like the popular sweet Kaju Katli and is trolling the 34-year-old star with a graphic that compares the dress with the dessert. AIB posted an image of Priyanka on the red carpet alongside an image of the favourite Indian mithai. The comedy group also included a catchy text on the image - "When You are Killing it in Hollywood, but Kaju Katli is life."

Here's what AIB has to say about Priyanka's Oscar look

THIS IS GREAT WE AREN'T FORGETTING OUR ROOTS

So why aren't we outraged about @priyankachopra's Kaju Katli look today? Feels strange.

@priyankachopra Your love for Kaju Katli is #unconditional#osars#funny#memepic.twitter.com/Wemkv3GwcL

Promoted
Listen to the latest songs, only on JioSaavn.com
Priyanka Chopra has made several appearances on international red carpets now and at least one previous appearance also became a meme. The red chiffon Jason Wu dress which she wore to the Emmys last year reminded folks of the famous dancing woman emoji. Last year, she wore a white Zuhair Murad dress to the Oscars and it was included in Google's Year in Review at the end of 2016. 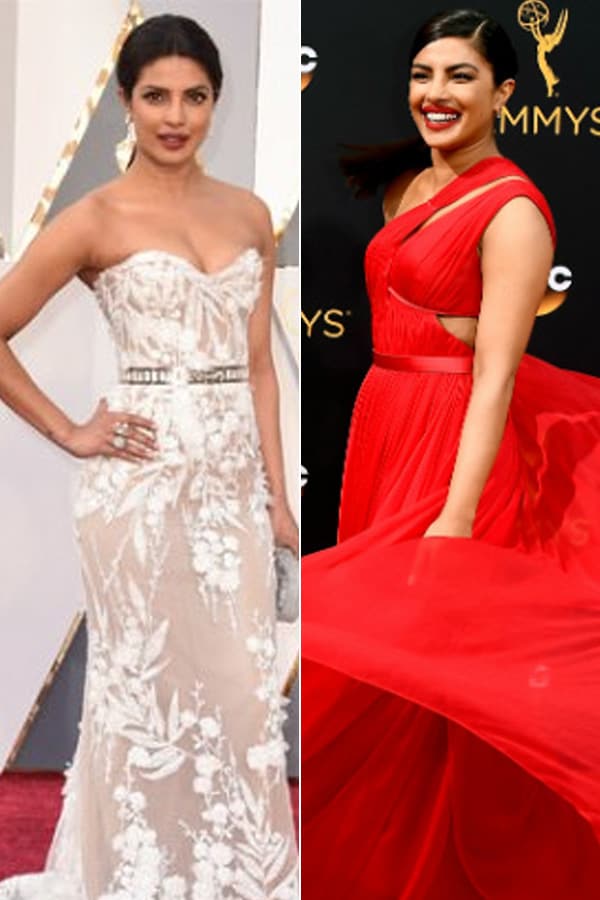 Social media hasn't yet delivered a verdict on Priyanka's after party look - a black sequined Michael Kors dress that we imagine she'll be shimmying in at the Vanity Fair post-Oscars do.

Have look at Priyanka Chopra's look for the Oscar after party Priyanka Chopra at the Oscars 2017 after-party

Priyanka Chopra is now a member of the Hollywood jet set, courtesy her lead role on American network drama Quantico and impending turn as the villainous Victoria Leeds in the film version of Baywatch, coming up later this year. Priyanka's co-stars include Dwayne 'The Rock' Johnson, Zac Efron and Alexandra Daddario.