Oscar Reunion For Leonardo and Kate. Twitter Swoons Over Jack and Rose 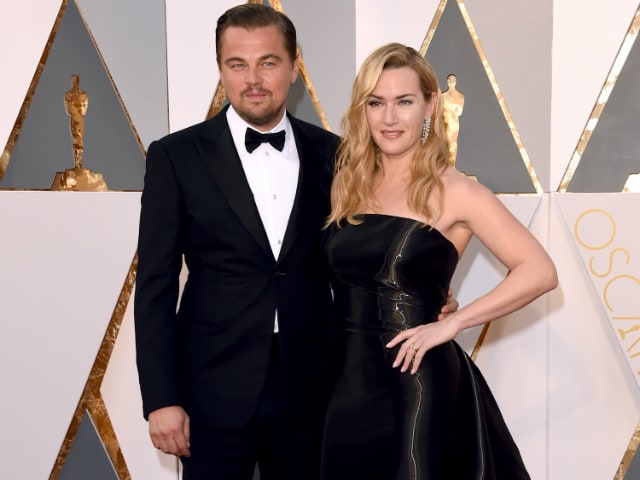 Leonardo and Kate photographed at the Oscars 2016. (Image courtesy: AFP)

New Delhi: The happily-ever-after they were owed was rudely truncated 19 years ago when Rose watched Jack drown in Titanic but the friendship that has endured ever since then provided the Oscars with some of its most memorable moments on Sunday night in Los Angeles. Leonardo DiCaprio, 41, and Kate Winslet, 40, had a camera-ready reunion that began on the red carpet and ended only when Leo won (finally) the Best Actor for his performance in The Revenant.

In the weeks leading up to the Oscars, Kate told the press that she was sure this would finally be Leo's year. It was - he was sixth time lucky and when his name was called out by presenter Julianne Moore, Kate Winslet looked as tearfully proud as any friend could.

Kate probably knew how Leo felt - she was sixth time lucky herself in 2009, winning Best Actress for The Reader after going home Oscar-less in five previous years (including a Titanic year). This year, Kate Winslet was nominated for Best Supporting Actress for her work in Steve Jobs but lost to The Danish Girl's Alicia Vikander. (Also Read: Oscars: Leonardo DiCaprio is Finally King of the World. Twitter Explodes)

Leo's win and Kate's reaction was a grand finale to an evening in which the co-stars hung out on the red carpet and later hugged each other. 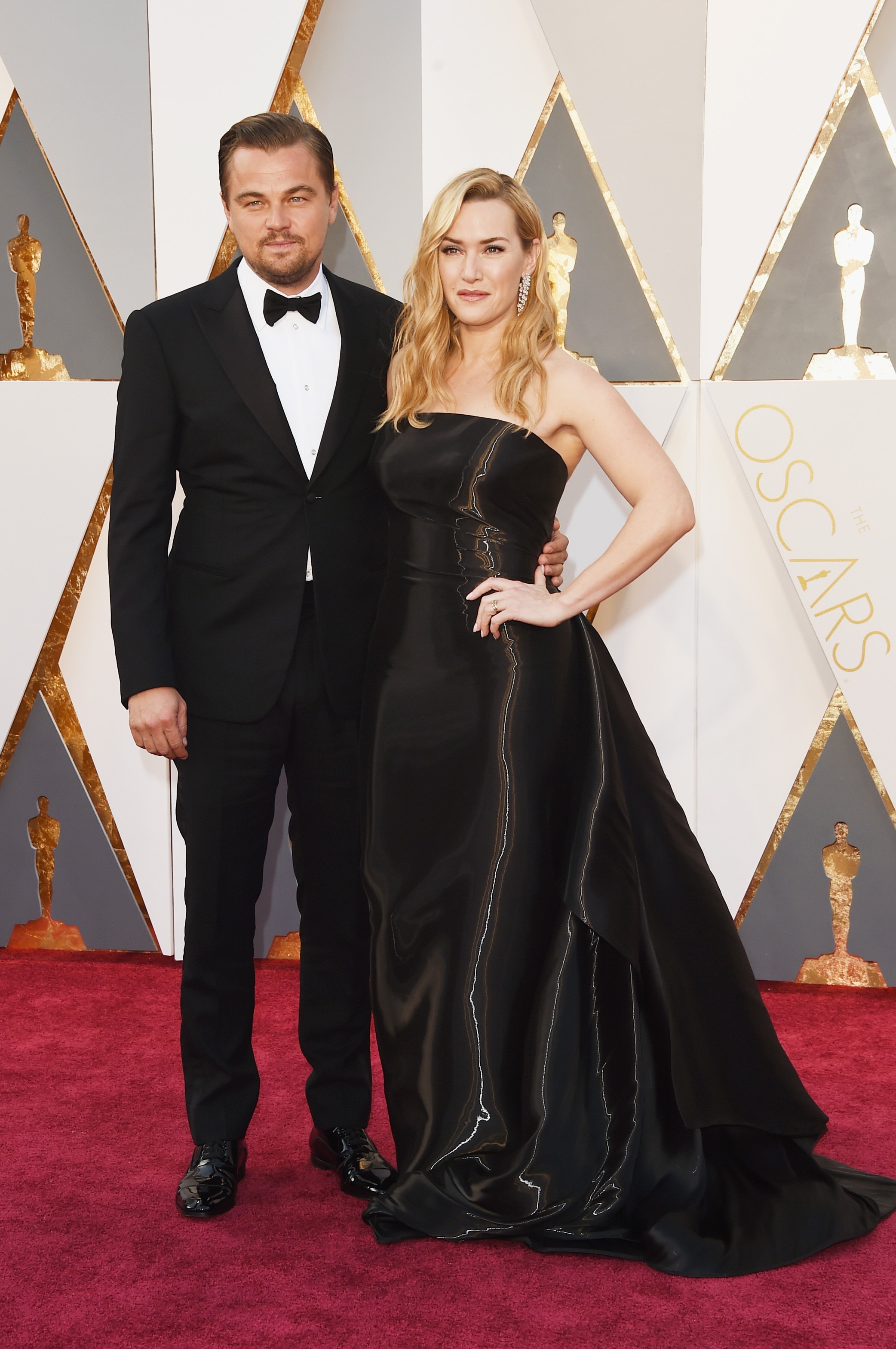 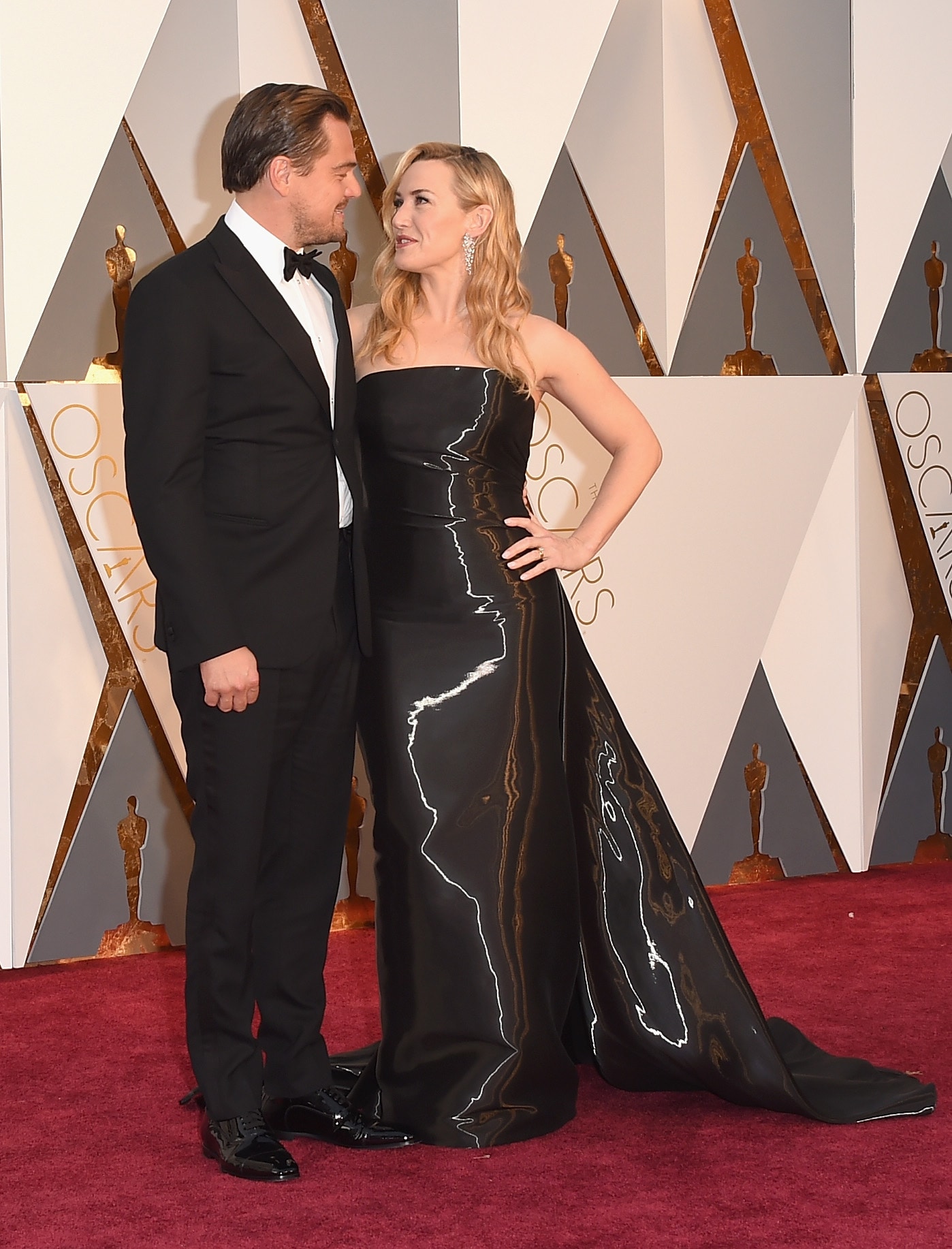 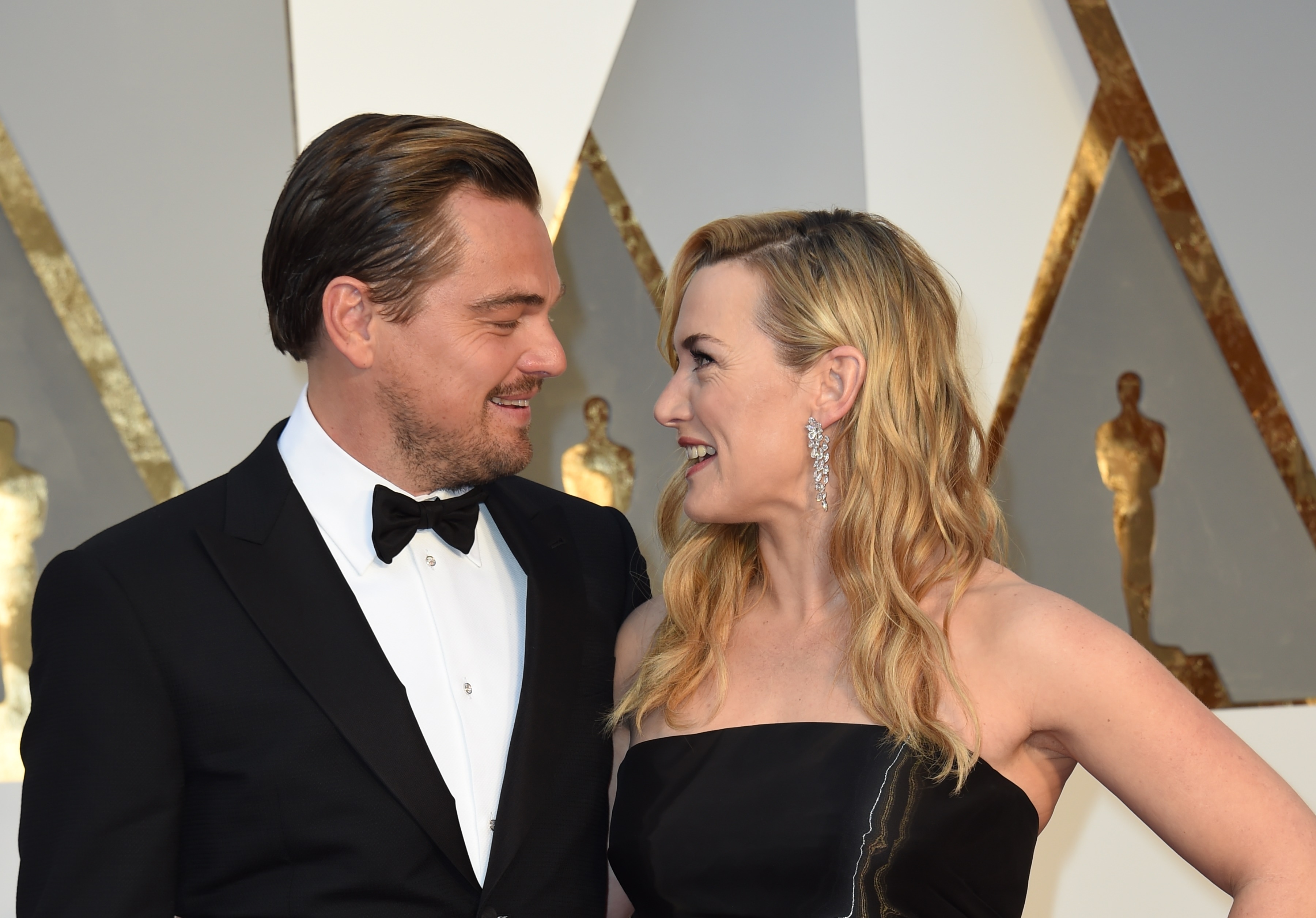 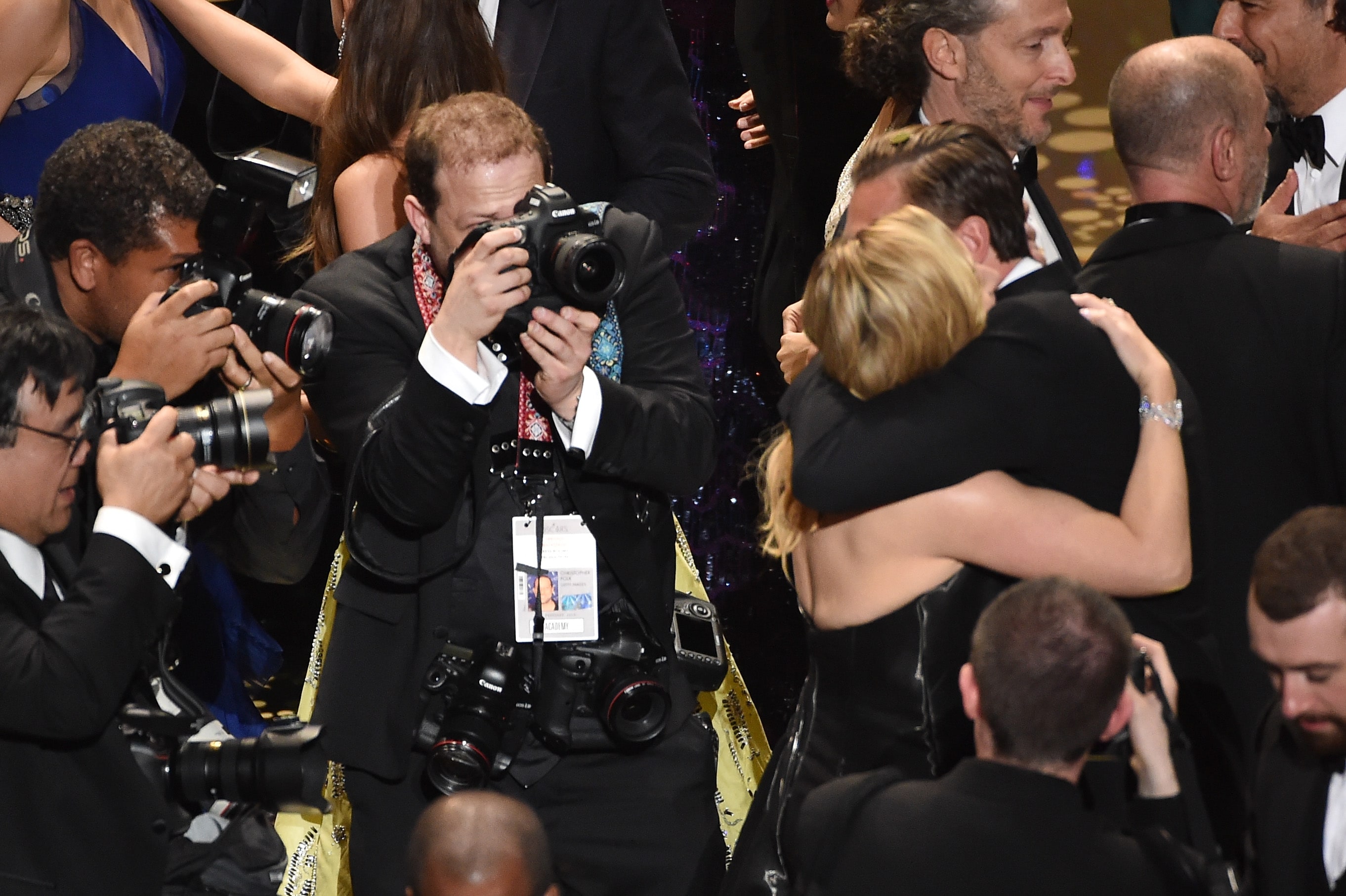 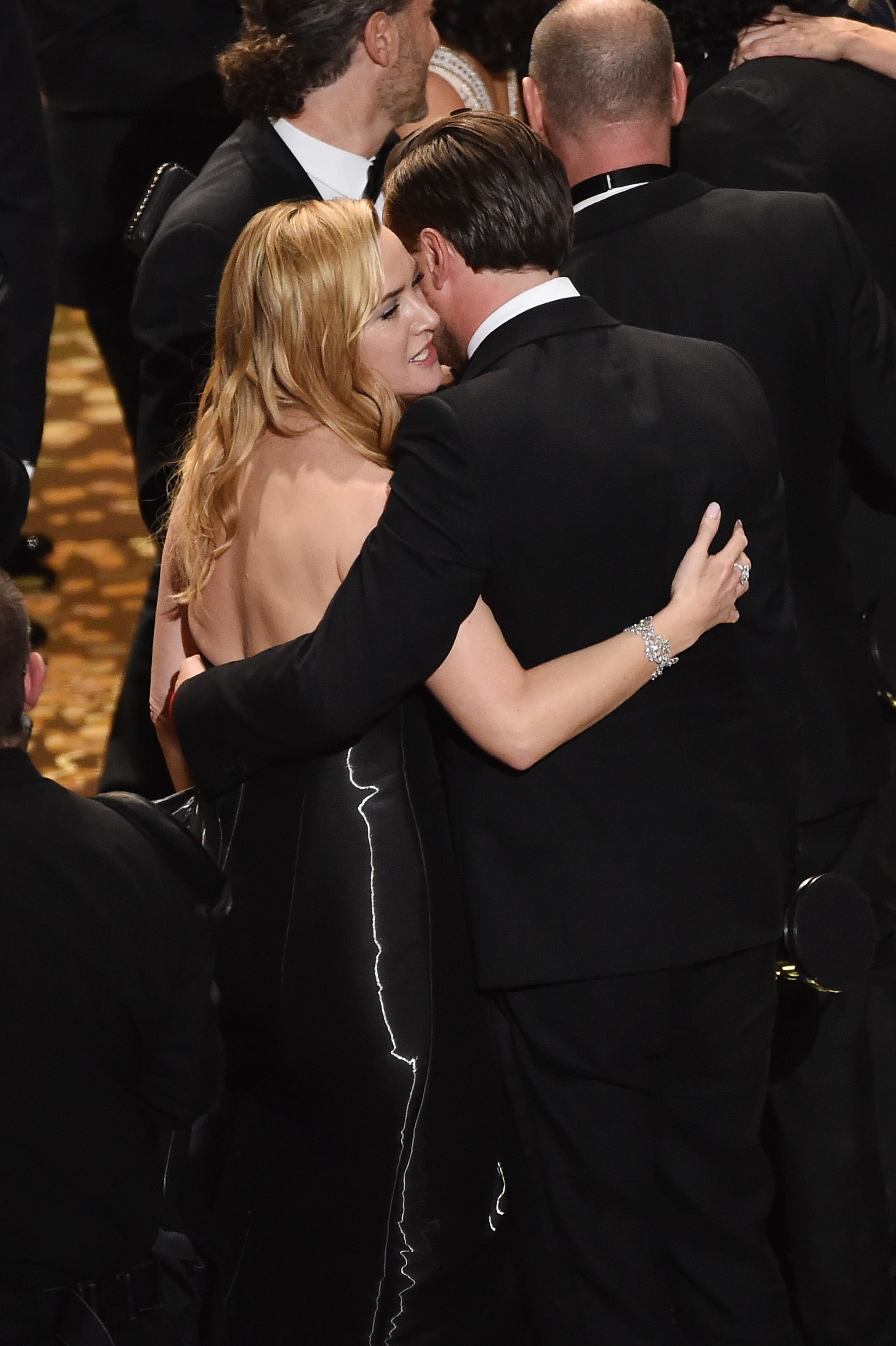 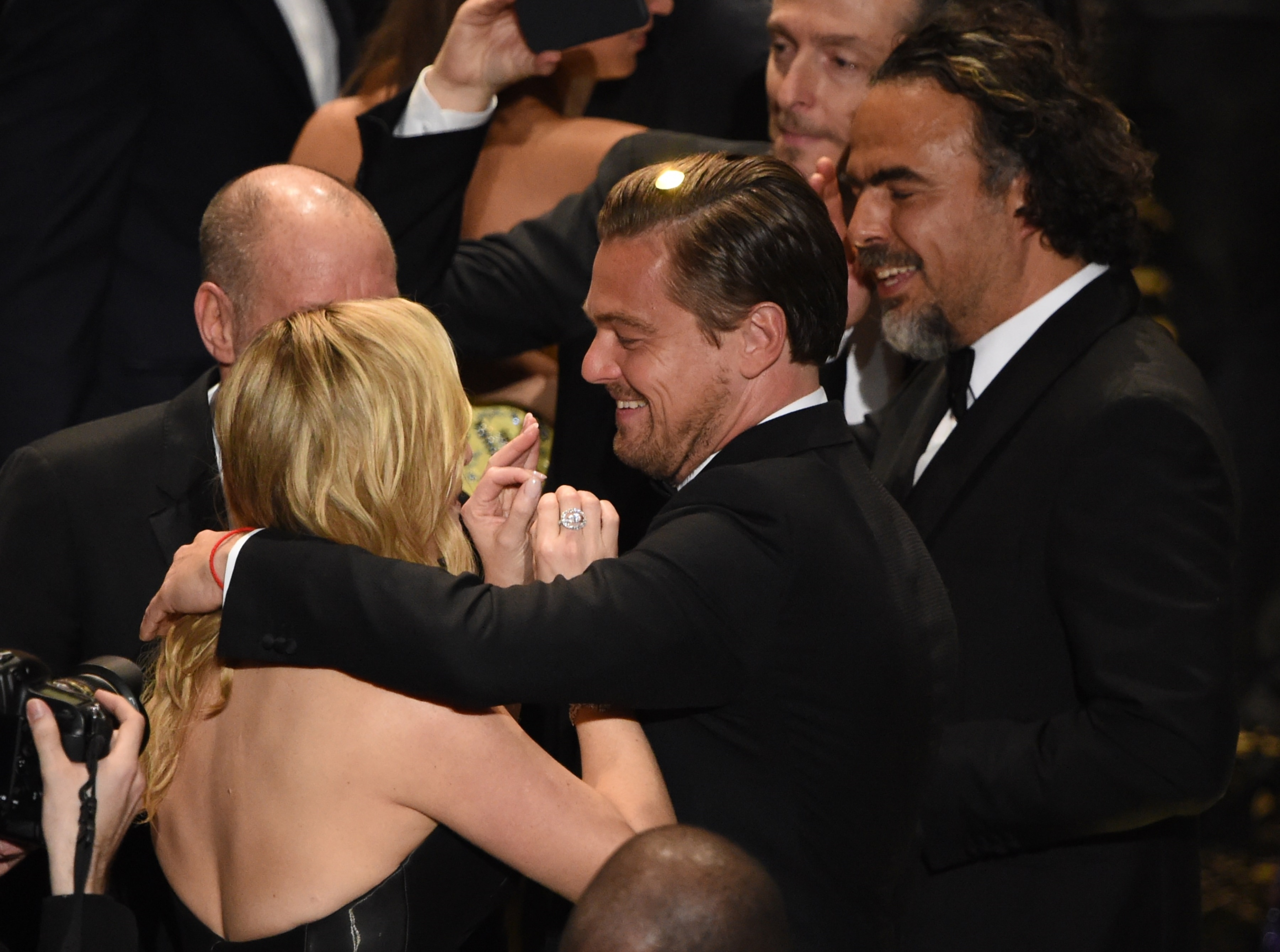 Image courtesy: AFP
It was a continuation of their chumminess at the Golden Globes last month:

Never letting go of this Kate Winslet and Leonardo DiCaprio moment at the #GoldenGlobes. pic.twitter.com/aHWsT4gZcn

The way Kate looks at Leo....#Oscarspic.twitter.com/iLEQgnqAFc

LEO AND KATE LOOK SO GOOD I'M GETTING EMOTIONAL#Oscarspic.twitter.com/eZQTemw5Vs

The only things that has changed is Leo's beard, and Kate's hair. #Oscarspic.twitter.com/ZqTBmLii1C

Supermodel Bella Hadid Lost Her Passport Just Before The Paris Fashion Week. What Happened Next