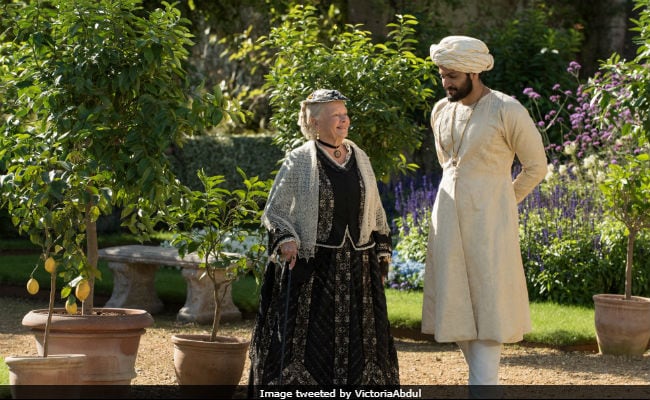 New Delhi: The Oscar nominations were announced on Tuesday and Ali Fazal and Judi Dench's Victoria & Abdul has got two nominations. The film has been nominated under these two categories -Best Costume Design and Make-up and Hairstyling. The other nominees in the Best Costume Design category are Beauty and the Beast, Darkest Hour, Phantom Thread and The Shape of Water are up for the race in the, while the Darkest Hour and Wonder, are up for competition in the Make-up and Hairstyling category. The official Twitter account of the film Victoria & Abdul tweeted, "#VictoriaAndAbdul receives two #OscarNoms! We're so proud of the team!"

Directed by Stephen Frears, the British biographical drama is based on the namesake novel by Shrabani Basu, which showcases the strong friendship between Queen Victoria and her attendant Abdul Karim.

The 90th Academy Awards will be held in Hollywood on March 4 and will be aired in India on the morning of March 5. The much-anticipated nominations for Oscars 2018 were presented by Andy Serkis and Tiffany Haddish, along with Bollywood actress Priyanka Chopra, Michelle Rodriguez, Rebel Wilson, Michelle Yeoh, and Rosario Dawson as special guests, who appeared in brief videos.

Take a look at the some of the nominees from Oscars 2018:

The Shape Of Water

Call Me By Your Name

Jordan Peele, Get Out

Daniel Kaluuya, Get Out

Timothee Chalamet, Call Me By Your Name

Sally Hawkins, The Shape Of Water

Promoted
Listen to the latest songs, only on JioSaavn.com
Margot Robbie, I, Tonya