Only A Celeb Who Loves Extreme Throwbacks Would Post This. Guess Who?

Every now and then, she loves to take a trip down memory lane and she is... 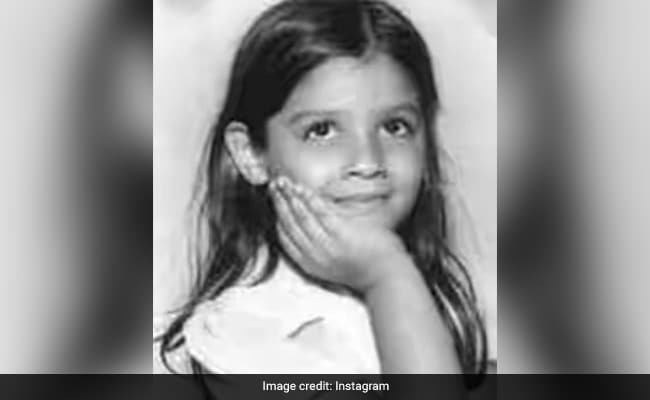 Such a throwback treat! (courtesy officialraveenatandon)

Every now and then, she loves to take a trip down memory lane and she is Raveena Tandon. The 46-year-old actress flipped through the pages of her throwback diaries and took out a bunch of photos for Instagram. Raveena's throwback album, posted late on Thursday night, is a testament of her love for black and white memories and that's exactly how she captioned the post: "Black and white favourites," she wrote, along with a bunch of hearts. In the carousel of her throwback photos, we discovered a timeless gem - a childhood photo of Raveena Tandon, in which she looks cute as a button. The little girl in the photo is really unrecognisable as the Raveena Tandon we know today.

Raveena Tandon loves to revisit old memories. Earlier this month, she shared a black and white photo from late actor Rishi Kapoor's wedding in 1980. "Chintu uncle kept asking me for this pic to put in his autobiography. And some how I had lost the original. Found it .so that's me standing with chintu uncle, at his wedding," she wrote. Can you spot Raveena?

She also recently shared a few memories from shoot diaries of 1993 movie Kshatriya, co-starring Sunny Deol, Divya Bharti and Sanjay Dutt. "Some throwback pics from the early 90s, Saif and I clowning around during Imtihaan shoot , Kshatriya shoot with Saroj ji, Sanju, Sunny and Divya..." read a part of her caption.

In terms of work, Raveena Tandon will next be seen in a web-series titled Legacy. To be directed by Vijay Gutte, Legacy will be the first time Raveena Tandon and Akshaye Khanna will share screen space - they featured in 2003 war drama LOC: Kargil but did not have scenes together. Raveena Tandon made the big announcement about her OTT project on Gudi Padwa.