On #MeToo Movement, Kalki Koechlin Says, 'There Will Be Collateral Damage, But It's Necessary'

"Things need to be fine-tuned and changed and if it makes us more sensitive then it's good," Kalki Koechlin said 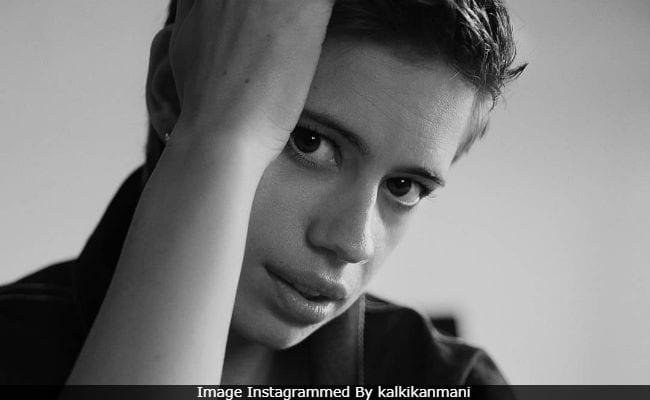 Actor Kalki Koechlin says #MeToo movement could lead to "collateral damage" but it is an absolute necessity to sanitise working spaces. The #MeToo movement has rocked the film industry with several names such as Nana Patekar, Alok Nath, Sajid Khan, Vikas Bahl and Mukesh Chabbra, among others being called out for their behaviour and alleged sexual harassment of their female colleagues.

"A lot of people are collateral damage. One of my films is not in MAMI while another project is on hold. These are the things we have to accept... But it's a necessary thing right now. Things need to be fine-tuned and changed and if it makes us more sensitive then it's good," Kalki told PTI.

The actor's close friends and associate -- Vikramaditya Motwane and Anurag Kashyap -- have been accused of inaction; an allegation which they strictly deny, when an employee of their now dissolved production house Phantom Films spoke about sexual harassment by Bahl.

Kalki, however, refrained from commenting on specific cases.

"I don't think I can comment on other people. I don't know the details of the cases, so it's not my place to make a comment," she said.

When asked if dissociating from people who have been called out for their behaviour is the way forward, Kalki said it's a "tricky question."

"Each case and each crime is different. Someone who has raped and molested will have a much more severe punishment but someone who has sent texts and harassed someone sexually through text messages... Each crime has a different punishment.

"It's very important that the due process, the investigation is allowed to happen by agencies. They need to be allowed to do their jobs and find out what is the deserving punishment for each case."

Kalki said the current mood of the film industry is of introspection with the aim to create a safer place for women to work.

"All of us are introspecting. The result is only going to be a cleaner, safer environment at work. It's a time to introspect and think how can we implement those things. I'm doing a play and my director sent me a contract on sexual harassment.

"So developments like these are good. It means we will be sensitised, how to behave, if we are feeling uncomfortable, we would know who to complain to, what to do and all of that. It's a productive time in terms of the change," she added.

Kalki will next be seen on Eros Now's web series Smoke.

The crime-thriller premiered at MIPCOM, Cannes under the Made in India category. The 11-episode series will stream from October 26.

Nikhil Siddhartha Shares A Glimpse Of His Lockdown Wedding: Every Guest Was Screened