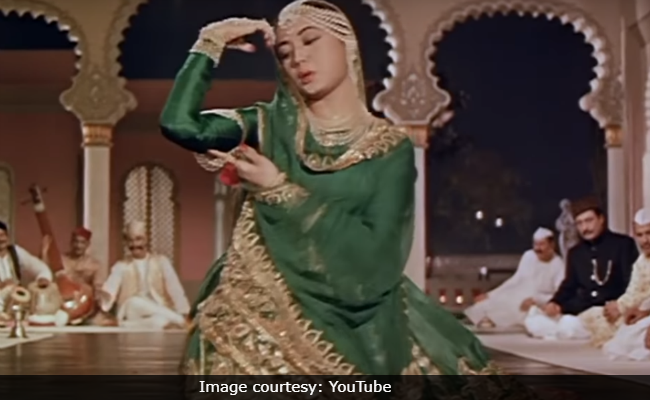 Meena Kumari in a still from Pakeezah. (Image courtesy:

On the 85th birth anniversary of Meena Kumari, Google paid a tribute to the legendary actress with a special doodle dedicated to her. The late actress' fans were extremely happy about Google's special tribute and flooded Twitter with posts about the Pakeezah actress. Some fans expressed their happiness about the actress' Google Doodle and how it was a matter of honour for them while another section of the Internet remembered the "tragedy queen" on her birth anniversary and shared heart-felt messages. Fans showered their love in the form of tweets and some also referred to her as the "Cinderella of the Indian cinema." Here's a compilation of some of our favourite tweets:

Had requested them yesterday from my personal account and yes dreams do come true.
Admin- @TashmiVyas. pic.twitter.com/KTfFH8aViV

My Grandmother and many from her generation speak volumes about #MeenaKumari and feel that actors of this generation are not even close to her Tragedy Queen in acting, dialogue delivery, beauty, grace.

A fan praised Meena Kumari and said that she is an "incomparable actress" and we couldn't have agreed more.

Remembering Meena Kumari, the ethereal beauty, the tragedy queen of Indian Cinema, the Female Guru Dutt, the Cinderella of Indian films on her birth anniversary today.

She is regarded as a "historically incomparable" actress of Hindi cinema.#MeenaKumaripic.twitter.com/g7CFeNpmtd

Apart from films, Meena Kumari was a fine poetess and singer, who signed her poetry and songs with the pseudonym "Naaz." The Internet knew that:

Happy birthday to this icon,poet,epitome of grace/innocence,Tragedy Queen and the most unmatchable actress indian cinema will ever witness#MeenaKumaripic.twitter.com/MKv1pnKEyL

Here are some more:

Even today, can't take my eyes off her when #MeenaKumari is on screen. Just looking at her makes me cry.. THE BEST EVER https://t.co/myaybl9RYD

I feel so jealous to all the fans from #MeenaKumari ji generation that they was able to watch her movie in the time.

Meena Kumari, who was also referred to as the female Guru Dutt of the Hindi film industry, enthralled the audience with her acting prowess and her expressive eyes. She featured in more than 90 films in a career span of over three decades. The actress delivered many hit films such as Sahib Bibi Aur Ghulam, Pakeezah, Mere Apne, Aarti, Baiju Bawra, Parineeta, Dil Apna Aur Preet Parai, Foot Path, Dil Ek Mandir and Kaajal.