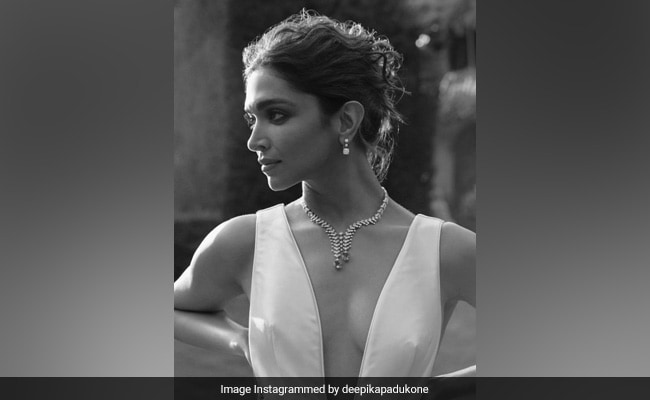 Deepika Padukone, who would be seen in Shah Rukh Khan's Pathaan shared a post on Instagram. In the post, the actor has shared two pictures of herself. The first picture, shows her half face, focusing on her flawless red lips, while the other one is a blurred image of the actor with the lipstick all smudged. Sharing the post, the actor wrote, "How it Started v/s How it's going..." with a lip emoji. Deepika's post caught her husband and actor Ranveer Singh's attention, whose comment read, "Baby" with a laughing and a two hearts emojis.

Other than Ranveer Singh, many of Deepika's fans flooded her comments section with heart and fire emojis.

A few weeks ago, the actor had shared another post of her from a photoshoot. She captioned the post, "I always mean business on set!" with the hashtag SetLife.

Deepika Padukone, who made her Bollywood debut with Shah Rukh Khan's Om Shanti Om, has once again collaborated with the actor for Pathaan. The film, directed by Siddharth Anand, also stars John Abraham in the lead. Pathaan will have a theatrical release in January 2023.

Other than Pathaan, Deepika will also be seen in south superstar Prabhas' Project K. The film, directed by Nag Ashwin, will also star megastar Amitabh Bachchan and Disha Patani in the lead role. The film will be shot in Telugu and Hindi simultaneously.