On Amitabh And Jaya Bachchan's Anniversary, Old Pics Shared By Shweta And Abhishek 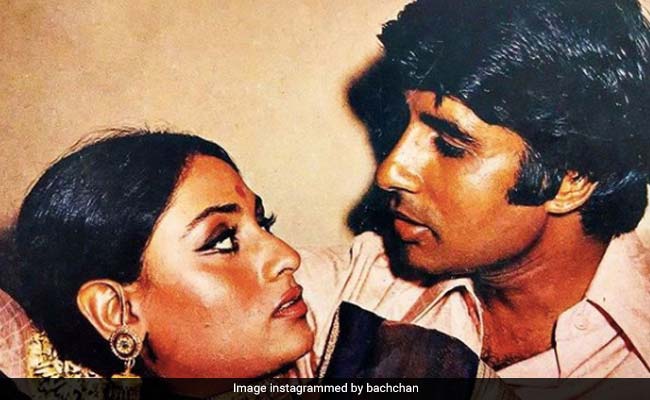 Amitabh Bachchan and Jaya Bachchan completed 47 years of marriage on Wednesday. Son Abhishek Bachchan shared a throwback picture of Big B and Jaya on his Instagram profile and wrote an adorable anniversary wish for his "ma and pa." In the picture, Amitabh Bachchan and Jaya can be seen looking into each other's eyes. Dressed in an ethnic outfit, Jaya looks as stunning as ever. Sharing the picture, Abhishek wrote, "Happy Anniversary, Ma and Pa. Love you." Take a look at the throwback picture shared by Abhishek Bachchan here:

Big B and Jaya's daughter Shweta Bachchan Nanda also shared a monochrome picture of her parents and wrote an anniversary wish for them. In the picture, Big B can be seen laughing his heart out while Jaya can be seen looking at him. Sharing the picture, Shweta wrote, "Happy anniversary," and dropped a heart emoticon.

In a separate post, Amitabh Bachchan revealed the interesting story of his wedding to his Zanjeer co-star Jaya Bachchan. Amitabh Bachchan shared a picture collage featuring himself and Jaya from their wedding day and wrote, "47 years.. today.. June 3, 1973! Had decided if Zanjeer would succeed, we would, along with a few friends, go to London for the first time.. My father asked who are you going with? When I told him who, he said you must marry her before you go.. else you don't go.. So, I obeyed." Read his post here:

Amitabh Bachchan and Jaya Bachchan met on the sets of the 1971 film Guddi and got married almost a month after Zanjeer released in May, 1973. They welcomed their daughter Shweta in 1974 and son Abhishek in 1976.

Jaya Bachchan was among the top crop actresses in the seventies and she is best-known for her performances in films such as Guddi, Abhimaan, Zanjeer, Mili and Uphaar among others. Jaya Bachchan took an indefinite sabbatical from films after the birth of Shweta and Abhishek. On the other hand, Amitabh Bachchan was last seen in the 2019 crime thriller Badla co-starring Taapsee Pannu. He will next be seen in Jhund, Chehre, Gulabo Sitabo and Brahmastra.