Nothing To See Here, Just Kajol Being Her Hilarious Self 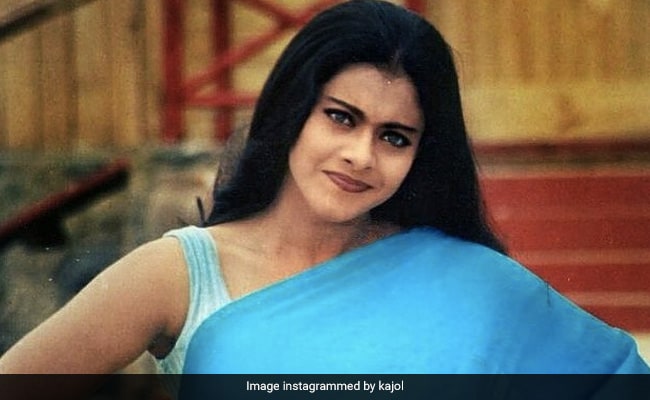 Continuing with the trend of her hilarious social media posts, actress Kajol, on Tuesday, treated her fans to another ROFL post. The 46-year-old actress complemented her post with a throwback picture, which is a still from her 1998 film Kuch Kuch Hota Hai. In the picture, the 46-year-old actress can be seen dressed in a blue saree. She can be seen sporting a goofy expression on her face. In the caption of the post, Kajol described the expressions that she is sporting in the picture with something very relatable. "When your brain says crunches but your stomach auto-corrects it to peanut butter," Kajol wrote in the caption of the post.

The actress' post received scores of comments from her Instafam. Among others, actor Saif Ali Khan's sister Saba Ali Khan commented on Kajol's post. "Lol... story of my life!!! Peanut butter....Kuch Kuch...much much. Ho jata hai," Saba wrote in her comment. Kajol's fans dropped heart emojis in the comments section of the post.

Kajol's rib-tickling social media posts are quite popular. She often shares new and old pictures of herself and complement them with a hilarious caption.

Here are some more quirky posts from Kajol's feed:

In terms of work, Kajol was last seen in the Netflix film Tribhanga. The film marked her digital debut. Tribhanga was produced by Kajol's husband, actor-producer Ajay Devgn. It was directed by Renuka Sahane and it also starred Tanvi Azmi and Mithila Palkar. She also starred in the short film Devi last year.