When they tell you "Tum nahi samjhogi, Anjali (You won't understand, Anjali)" 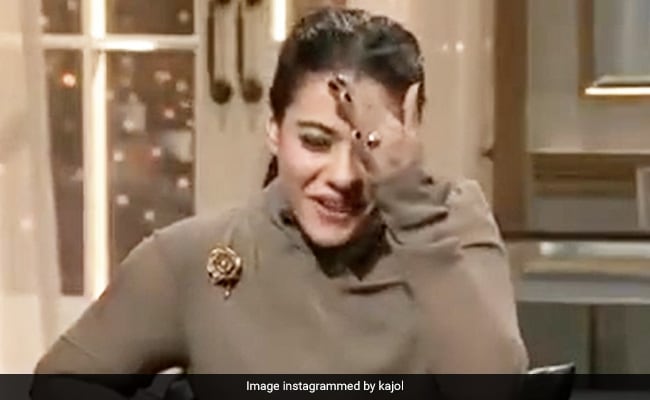 Kajol in a still from Instagram video (courtesy kajol)

Another day, another meme from Kajol and this one too will crack you up. Kajol decided to drive away her Monday blues with an ROFL post with a filmy twist. Kajol made a hilarious reference to Karan Johar's debut directorial Kuch Kuch Hota Hai, in which she played one part of a love triangle. Kajol was cast as the bubbly Anjali in Kuch Kuch Hota Hai, in which she co-starred with Shah Rukh Khan and Rani Mukerji. Kajol's Monday-special meme is dedicated to a dialogue from the movie and her reaction to it. The dialogue in concern is a part of this line spoken by Shah Rukh Khan's character Rahul in the movie: "Kuch kuch hota hai, tum nahi samjhogi Anjali (something happens, but you won't understand, Anjali)."

For her reaction to the dialogue being used in every day life, Kajol picked a Koffee With Karan episode, featuring herself face-palming. "Hey bhagwan," reads the video. "When they tell you "Tum nahi samjhogi, Anjali," Kajol captioned her post. Needless to say that Kajol's post sent her Instafam into a fit of laughter, who showered her post with the ROFL emojis.

Kajol's Instagram is a priceless collection of her quirky posts, some of which are also often self-directed jokes. Here's what she posted last week: "Sorry I can't hear you over the volume of my hair."

Here are some more glimpses of Kajol being Kajol on Instagram.

In terms of work, Kajol was last seen in the Netflix film Tribhanga, which marked her digital debut. Produced by Ajay Devgn, Tribhanga was directed by Renuka Sahane and it also starred Tanvi Azmi and Mithila Palkar. She also starred in the short film Devi last year.