Nothing Can Stop Anil Kapoor From Working Out During Coronavirus Lockdown

"There's no escaping my workout when my trainer Marc Mead is staying with me!" wrote Anil Kapoor 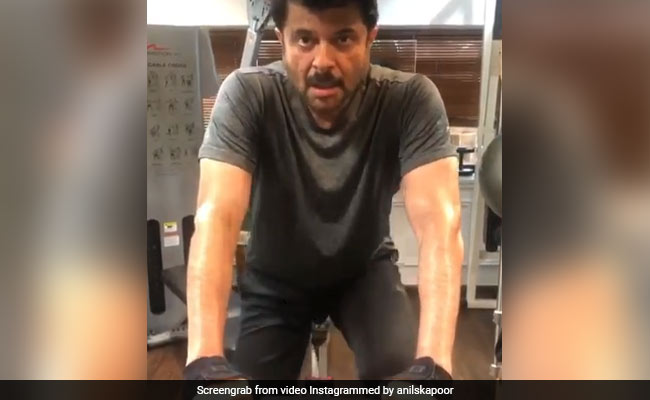 The Coronavirus lockdown has led to the temporary shutdown of gyms in Mumbai but that did not stop Anil Kapoor from working out. However, there's a reason why the actor can't "escape" from his workout sessions - it's because his trainer Marc Mead is staying with him during his self quarantine phase. On Tuesday, Anil Kapoor shared a video of himself exercising at home and wrote: "Let's keep moving (indoors)! There's no escaping my workout when my trainer Marc Mead is staying with me!" The actor accompanied his caption with hashtags such as #QuarantineandWorkout and #StayHomeStayFit. In the clip, Anil Kapoor can be seen cycling on a stationary bike.

Let's keep moving ( indoors )! There's no escaping my workout when my trainer @marcyogimead is staying with me! #QuarantineandWorkout #StayHomeStayFit

Reacting to Anil Kapoor's post, his son-in-law Anand Ahuja commented: "Getting toned" while director Mohit Suri, with whom the actor has worked in Malang, wrote: "My hero, nothing stops him."

Anil Kapoor, who is a fitness enthusiast, often shares his workout videos and pictures on his social media profile. Earlier this month, he posted a clip of him prepping for his upcoming film Takht. "Takht prep mode on!" he wrote. Take a look:

Before that, he gave his fans a glimpse of his "Funday" by sharing a video of himself exercising on a stationary bike. "Sunday ho ya Monday... Yehi apna Funday. #workoutmodeon #mondaymotivation," he wrote.