Not Us, Says Top VFX Studio About Adipurush's Widely-Slammed CGI 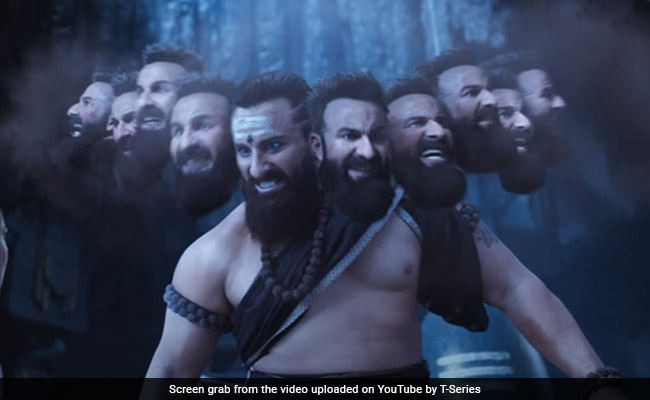 One of India's top visual effects studios has found it expedient to clarify that they are not responsible for the widely-slammed VFX in Adipurush, the teaser of which released this week. Adipurush, directed by Om Raut, is based on the Ramayana and stars Prabhas, Saif Ali Khan and Kriti Sanon in the lead roles. Public response to the CGI-heavy teaser, which released on Sunday, has been to criticize the quality of the VFX, which includes showing Saif's character as ten-headed like Ravana. Trade analyst Taran Adarsh announced in a tweet on Monday that NY VFXwala, a studio founded by Ajay Devgn, had released a statement disassociating itself from Adipurush.

"Leading VFX studio, NY VFXwala has clarified that they have not worked/are not working on the CG/special effects of Adipurush. An official note on their behalf clarified, 'we are putting this on record because we have been asked by a few media people,'" read the statement tweeted by Taran Adarsh.

The Internet has compared the VFX in Adipurush unfavourably to that of Brahmastra, which is also mythology-based and CGI-intensive, and has dismissed the teaser as looking "animated." Here are some of the many tweets regarding the film's VFX.

#Adipurush CGI is BAD, really Bad. As an hobby VFX artist, I'll breakdown what went wrong in detail. Single biggest reason is OVER CONFIDENCE. Here's what I mean by it. pic.twitter.com/JfVgG5LkHK

Shah Rukh Khan's 2011 film Ra.One found a fan base soon after. "I don't know what the heck was with VFX of Adipurush. But here's VFX of Ra.One movie of SRK's released in 2011."

I don't know what the heck was with VFX of #Adipurush
But here's VFX of #Raone movie of @iamsrk released in 2011pic.twitter.com/cmquj6yKoD

Brahmastra appreciation posts, especially about the film's VFX started trending too. "After watching the teaser of Adipurush, my respect has increased for Ayan Mukerji and the team. The VFX of this movie is the best. As a Bollywood fan, you must feel proud," wrote a Twitter user.

After watching the teaser of #Adipurush, my respect has increased for Ayan Mukerji and the team. The VFX of this movie is the best. As a Bollywood fan, you must feel proud. pic.twitter.com/Ms2FIfX6q4

Check out the teaser of Adipurush here:

Adipurush, starring Prabhas, Kriti Sanon, Saif Ali Khan and Sunny Singh, is based on Ramayan. It will release in Hindi, Tamil, Telugu, Kannada and Malayalam in theatres next year. The film was slated to release on August 11 this year. However, the makers shifted its release date to avoid clash with Aamir Khan's Laal Singh Chaddha, for which the actor thanked the makers of Aadipurush. It has been directed by Om Raut.