Tanushree Dutta said, "Why do only the creepy men of Bollywood get compassion?" 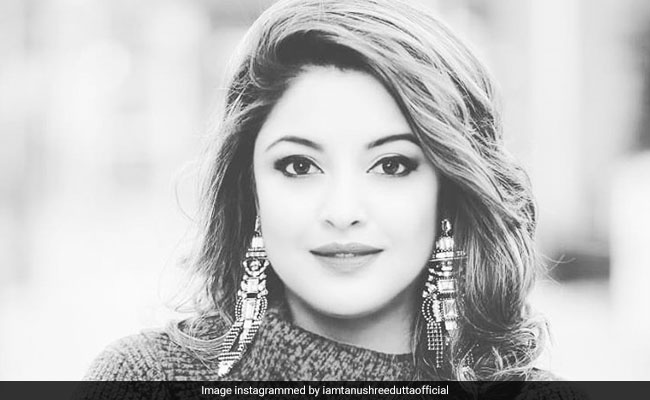 Actor Aamir Khan's decision to work with #MeToo accused Subhash Kapoor in upcoming film Mogul after first refusing to has not gone down well with Tanushree Dutta, widely considered the forerunner of Bollywood's #MeToo movement, and Geetika Tyagi, the actress who accused Mr Kapoor of sexual misconduct. Speaking to mid-day, Tanushree Dutta criticised Aamir Khan for not being sensitive towards 'the woman (Geetika Tyagi) who suffered the consequences of Subhash Kapoor's actions.' In a separate interview with mid-day, Geetika Tyagi said that it would have been a 'fair game had Aamir considered both sides of the story.'

In a somewhat astonishing turn of events, Aamir Khan confirmed this week that not only was he back on Mogul - to which he was attached as producer - Subhash Kapoor had been reinstated as director. Mr Kapoor was dropped last October, after Aamir Khan disassociated himself from Mogul. Later, rumours suggested that Mr Khan might return to the project in the absence of Mr Kapoor. The actor told Hindustan Times this week that he reconsidered after learning that Subhash Kapoor had lost several other projects because of Aamir Khan's stand against him and that he "couldn't sleep at night because I used to constantly feel that my actions have inadvertently caused a person, about whose guilt I have absolutely no idea, to lose his right to work and earn a livelihood." Aamir Khan specified that the sexual misconduct allegations by Geetika Tyagi are currently in court and "...until such time that the courts reach a conclusion, is it that he/she should not be allowed to work? Is he to just sit at home and not earn?"

This change of heart from someone who tweeted about a 'zero tolerance policy towards sexual misconduct and predatory behaviour of any kind' in the wake of the #MeToo accusations prompted a strong response from Tanushree Dutta. "How come nobody in Bollywood has sleepless nights when a woman becomes a victim of abuse and is not able to work due to the trauma and ostracisation... If he has agreed to hire this guy, why not hire the woman who suffered the consequences of his actions? Why do only the creepy men of Bollywood get compassion? Let the girls also see some of that saintly do-goodery," Ms Dutta told mid-day.

"Compassion should be universal. If it's so selective as is being displayed by the Bollywood's bigwigs, then it's not compassion. It's convenience and ignorance. Nobody bothered to ask me how I was doing when my livelihood was snatched away after the Horn Ok Pleassss harassment episode. No compassion for me, Aamir?" she added. Tanushree Dutta had accused actor Nana Patekar of harassing her on the sets of Horn Ok Pleassss in 2008 and last year she revived the decade old controversy thus paving the way for a tidal wave of #MeToo stories from the film industry and other media.

Separately, Geetika Tyagi spoke to mid-day about Aamir Khan's revised decision of working with Subhash Kapoor and she said, "I had commended Kiran Rao and Aamir Khan because it gave hope to more women to speak up about their own stories. But I had never asked for it from them. Now that Subhash has been hired back, it's not like someone (from their end) reached out to me. It would have been a fair game had they considered both sides of the story."

Aamir Khan, who will now not only be producing Mogul but also playing the central role of T-Series founder Gulshan Kumar, said that his decision to re-hire Subhash Kapoor was influenced by a letter from the Indian Film And Television Directors' Association (IFTDA), in which the film body requested him to reconsider his stand against Mr Kapoor. The 53-year-old actor also said that he met several female artistes who've worked with Subhash Kapoor in the past and said that all of them vouched for him. "Not only did they not feel any discomfort with him, but rather they went out of their way to praise him... Mind you, both Kiran and I are fully aware that these particular women may have had a very good experience working with Mr Kapoor, but that does not mean that he could not have misbehaved with some other woman," Aamir Khan said.

Whatever Aamir Khan's motives, his U-turn on Subhash Kapoor makes a mockery of this grand statement he posted last year. It was believed then that the actor was referring to Mr Kapoor and Mogul, though he named neither.

The film industry has been accused in the recent of giving a free pass to men accused of sexual misconduct. Aamir Khan and Subhash Kapoor have been preceded by Ajay Devgn, who also pledged publicly not to work with sexual offenders but starred in a film this year, De De Pyar De, directed by Luv Ranjan and co-starring Alok Nath - both men have been named in #MeToo accounts.

Vikas Bahl was dropped from the credits of Super 30, which he directed, pending an investigation into sexual harassment allegations from a former female employee of Phantom Films, the production house he co-founded. Mr Bahl was later reinstated in the credits after being given a clean chit despite due process allegedly not being followed in the investigation; a picture of him at a lunch party hosted by Farah Khan and attended by Super 30 star Hrithik Roshan and several other leading lights of Bollywood prompted backlash. Mr Roshan, like Aamir Khan and Ajay Devgn, had said he wouldn't work with sexual predators.