Vikas Bahl was accused of sexual misconduct by a former employee 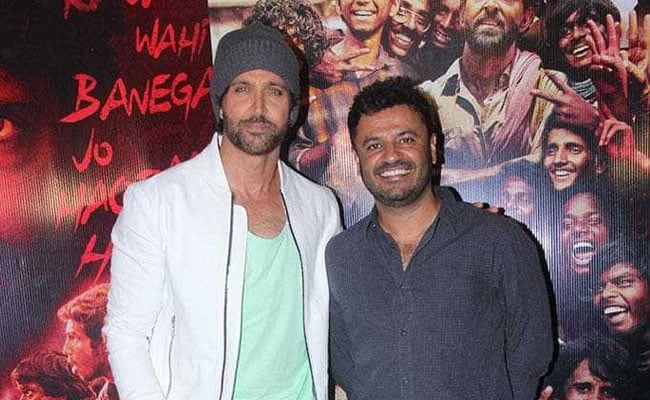 Filmmaker Vikas Bahl is being reinstated as the director of upcoming film Super 30, starring Hrithik Roshan, after an internal complaints committee gave clean chit to him in a sexual harassment case filed against him by a former employee, reports Mumbai Mirror. "Yes, it is true that the internal complaints committee report has exonerated Vikas Bahl. With the committee clearing Vikas, we don't have a choice but to reinstate his credit as director of Super 30," said Shibasish Sarkar, Group CEO of Reliance Entertainment, which is co-producing Super 30 with Phantom Films, which Vikas formed with Anurag Kashyap, Vikramaditya Motwane and Madhu Mantena.

"Despite repeated reminders, the complainant did not appear before the committee... Those associated with the complainant and the respondents were interviewed by the committee. It also recorded documentation and correspondence between the two and based on this, it has unanimously concluded that Vikas Bahl stands exonerated of all charges levelled against him," a source told Mumbai Mirror.

Anurag Kashyap and Vikramaditya Motwane, who released statements on social media condemning Vikas Bahl's alleged misconduct, disbanded Phantom Film last year. All four co-owners released their respective statements announcing the dissolution of the production house, which has made films such as Queen, Masaan and Udta Punjab, among others. Super 30 is the last film to release under Phantom Films banner. As per Mumbai Mirror, Vikas Bahl will be credited as director in the trailer of the film, which releases next week.

Vikas Bahl's alleged misconduct took place three years ago and was reported only last year. Huffington Post shared the account of the former employee who alleged that Vikas Bahl "sexually assaulted her." Soon after the expose went viral, Anurag Kashyap posted his statement on Twitter explaining he was 'ill-advised' on legalities and company administration.

In addition, Vikramaditya Motwane shared a statement on his Twitter page echoing much of what Anurag Kashyap said and added that "it will never happen again on my watch."

Following Anurag Kashyap and Vikramaditya Motwane's statements, Vikas Bahl said that he will sue his former partners for defamation unless they apologise for their tweets in which they believed he was guilty of sexual misconduct. He also added that the tweets made by Anurag Kashyap and Vikramaditya Motwane were a result of "professional jealousy."

At that time, Super 30 actor Hrithik Roshan also said that a 'harsh stand' will be taken against Vikas Bahl. He tweeted: