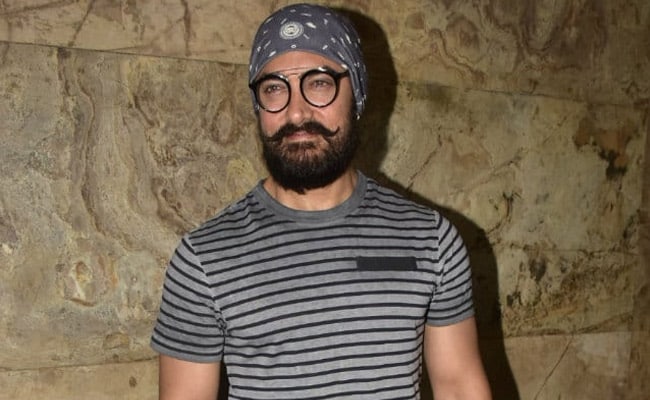 Aamir Khan, who had discontinued his association with the much talked about Bhushan Kumar biopic titled Mogul last year, told Hindustan Times in exclusive interview that he has re-joined the project both as the lead actor actor and producer. The 54-year-old superstar had resigned from the project in October last year after Mogul director Subhash Kapoor was named in the #MeToo account of actress Geetika Tyagi. But now, he revealed in the interview that Subhash Kapoor's case is currently in court without a definite timeline for the court to reach a decision and that Aamir learnt that the filmmaker lost out on several other projects following his decision of not working with him. "...until such time that the courts reach a conclusion, is it that he/she should not be allowed to work? Is he to just sit at home and not earn? And so, we were in this troubled state for many months. I couldn't sleep at night because I used to constantly feel that my actions have inadvertently caused a person, about whose guilt I have absolutely no idea, to lose his right to work and earn a livelihood," Hindustan Times quoted him as saying.

In the interview, Aamir Khan added that he was requested by top film body Indian Film And Television Directors' Association (IFTDA) to reconsider working with Subhash Kapoor: "Earlier this year in the month of May, that's about four months back, I got a letter from IFTDA. They appealed to me to reconsider my decision. When I read that letter, I felt even more guilty. Perhaps we're doing the wrong thing. And then we decided to do one more thing to allay our discomfort."

In his attempt to make up his mind about returning to Mogul, Aamir Khan also told the publication that he decided to interact with women who had worked with the filmmaker before. Adding a disclaimer, that working with Subhash Kapoor doesn't at all signify that he is nullifying the allegations made against him, Aamir Khan said: "What we found is that, without exception, all of them spoke very highly of him. Not only did they not feel any discomfort with him, but rather they went out of their way to praise him. They said that he looked after everyone on his set with great care. Caring, sensitive and supportive were the words used to describe him. Mind you, both Kiran and I are fully aware that these particular women may have had a very good experience working with Mr Kapoor, but that does not mean that he could not have misbehaved with some other woman. However, I cannot deny that this interaction with women who had worked with him, did give us comfort."

Aamir Khan, who pledged not to work with artiste(s) accused of sexual misconduct, re-iterated his zero-tolerance policy towards sexual offenders and said: "Kiran and I have zero tolerance for any sexual misconduct. But without an ICC ruling, or a court ruling, how are we to decide whether the accused person is guilty or not. We're in no position to do that."

This is what Aamir Khan had tweeted in October last year:

Aamir Khan and his filmmaker wife Kiran Rao will co-produce Mogul with Gulshan Kumar's son Bhushan Kumar, which will only go on floors after Aamir wraps Lal Singh Chaddha. Aamir Khan said he had initially considered Akshay Kumar, Varun Dhawan and Kapil Sharma for the role of T-Series founder Gulshan Kumar but he came on board after deals with none of them worked out.