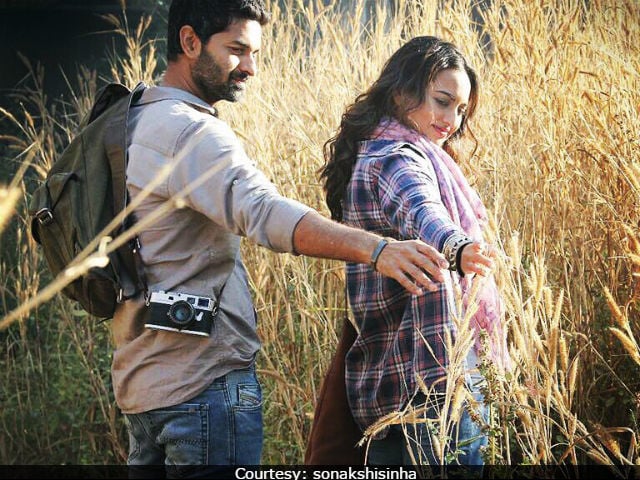 New Delhi: The third song of Sonakshi Sinha's upcoming film Noor was unveiled today. Titled Jisse Kehte Pyaar Hai, the song tracks the love story of Sonakshi and Purab Kohli. Sonakshi, 29, plays a journalist Noor in the film while Purab Kohli features as Ayan, a photojournalist. In the first song, Uff Ye Noor, we met a clumsy Noor, who is striving hard to juggle between her personal and professional life. However, today we see a different version of hers. A person, who loves life and looks forward to adventures. Jisse Kehte Pyaar Hai is sung by Sukriti Kakar while the music is given by Amaal Mallik. The lyrics courtesy goes to Kumar.


Ahead of the song's release, Sonakshi tweeted, "With the person you love, every day is wonderful."

Shibani Dandekar and Kannan Gill also star in pivotal roles. Noor is Kannan's first Bollywood film. Sunny Leone will be making a cameo appearance in the film. Noor is an adaptation of Pakistani novelist Saba Imtiaz's Karachi, You're Killing Me!

"Noor is really close to my heart. The script and the character strongly appealed to me and it has been such a fun and amazing movie to be a part of," Sonakshi said during the trailer launch of the film.

Promoted
Listen to the latest songs, only on JioSaavn.com
Directed by Sunhil Sippy, Noor releases on April 21. "I like the fact that Sonakshi Sinha is funny, quirky, and silly but she is also very intense and serious. In Noor, I got the opportunity to explore every part of her as an actor," Mr Sippy told IANS.