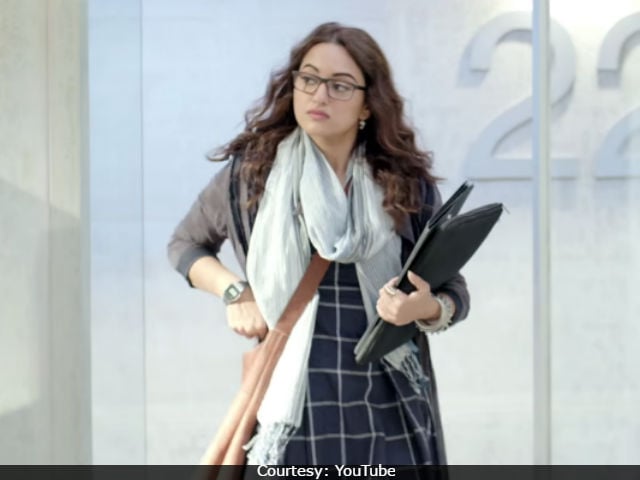 New Delhi: The box office collections of Sonakshi Sinha's Noorcontinues to be low. The collections on Tuesday were registered at Rs 55 lakh on Tuesday, as compared to Rs 60 lakh, which the film had earned on Monday, reports Box Office India. "The film saw cancelled shows all over the place on Tuesday and is sure to be out of theatres by Friday," reports Box Office India. Noor has collected Rs 5.75 crore so far. Box Office India's report states that Noor has not even recovered 50% of the money spent on the film's promotions. The box office collections Of Noor is as follows: Sunday - Rs 1.75 crore, Monday - Rs 60 lakh and Tuesday - Rs 55 lakh.

Noor features Sonakshi as a journalist Noor Ray Chaudhary, who tries to maintain a balance between her personal, professional life. Noor's career takes a big jump after she gets an important investigative story.

"Sonakshi Sinha is lively in a film as appetizing as flat beer. Noor shows the mundane but essential pursuits of an ambitious but confused middle-class girl," wrote Saibal Chatterjee in his review for NDTV movies.

The film is adaptation of a Pakistani novel, Karachi, You're Killing Me!, by Saba Imtiaz.

Noor also stars Kannan Gill, Purab Kohli and Shibani Dandekar in prominent roles, Sunny Leone too has a cameo appearance in the film. The film is directed by Sunhil Sippy.

Promoted
Listen to the latest songs, only on JioSaavn.com
Of her daughter's role, actor-turned-politician Shatrughan Sinha said, "The film sparkles and makes us proud."

Sonakshi Sinha will next be seen in Ittefaq, opposite Sidharth Malhotra.