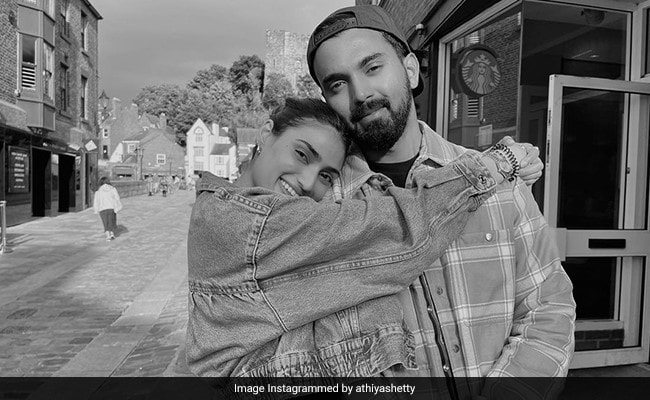 Athiya Shetty is in a relationship with cricketer K L Rahul and there were reports that they are all set to get married in December. However, Athiya's brother Ahan Shetty has refuted these rumours and has said that the wedding is not taking place in the coming months. While talking to Dainik Bhasker, Ahan Shetty said, "We celebrate Eid at our nanu (grandfather's) place every year. We fondly call him Abbu. That is where we dine. As far as the wedding is concerned, there are no arrangements being made. There is no such ceremony, these are all rumours. When there is no wedding, how can we give you a date?"

"Engagement bhi nahi hui hai. Haal filhaal uski bhi koi planning nahi hai (There has been no engagement and there is no such plan in the near future.) There is no planning for a wedding in the next few months as well," concluded Ahan Shetty.

A Bollywood Hungama report had earlier suggested that Suniel Shetty had already started preparing for the wedding as he is very emotional when it comes to his daughter. The report had also suggested that Ahan Shetty will also marry his girlfriend in 2022.

"The Athiya-Rahul wedding is definitely happening in 2022. The couple has the blessings of both sets of parents. As for Ahan, he too is in a serious relationship with Tania Shroff, and intends to marry her very soon, maybe even 2022," Bollywood Hungama had quoted a source as saying.

On the work front, Athiya Shetty was last seen in Motichoor Chaknachoor opposite Nawazuddin Siddiqui. The film released in 2019.