No Spoilers Here: Madhuri Dixit Does The Most Obvious Thing Between Shots

She is definitely the queen of expressions 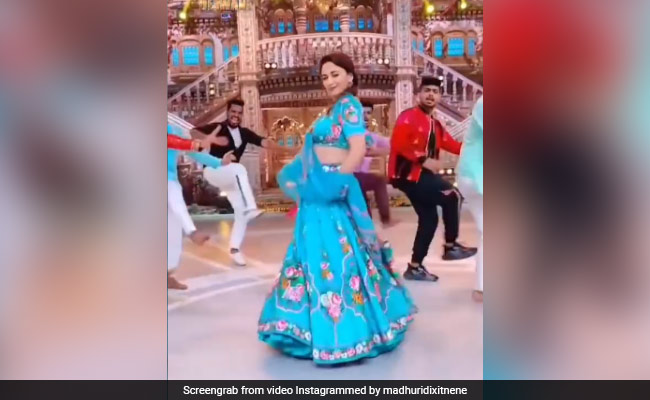 Madhuri Dixit in a still from the video. (courtesy madhuridixitnene)

There's a reason Madhuri Dixit features as one of the judges on a TV reality show called Dance Deewane - her love for dancing and her prowess clearly need no introduction. Madhuri, who has featured in evergreen tracks such as Dhak Dhak, Dola Re Dola, Choli Ke Peeche and Ek Do Teen among many others, often shares videos from her dance sessions on the TV show that she judges. However, her latest Instagram entry is a bit different. On Thursday, she shared an Instagram Reel, in which she can be seen dancing to the popular track Bole Chudiyan. The video happens to be a BTS of sorts, which the actress filmed during the break between shots. "In between shots," she captioned the post.

The actress shared a closer look at her OOTD - an embellished blue lehenga. Sharing the pictures, she wrote: "Blue skies, high tides and good vibes." Check out the post here:

The actress stays with her family in Mumbai. She married Shriram Nene, a doctor, in the year 1999 and the couple are parents to two sons - Arin and Raayan.