"Thank you all for the well wishes," wrote Nicki Minaj 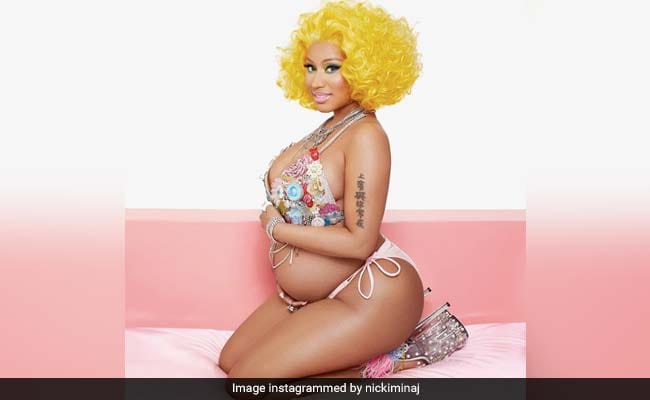 Nicki Minaj, on Monday, announced her pregnancy on social media. The 37-year-old rapper shared a set of striking pictures on the photo sharing application. She captioned one of her posts: "preggers," adding a yellow heart. In the photographs, Nicki can be seen dressed in a bikini and a pair of matching stilettos with her baby bump stealing the show. "Love, marriage, baby carriage. Overflowing with excitement and gratitude. Thank you all for the well wishes," read the caption on one of the posts shared by Nicki Minaj on Instagram. Nicki Minaj, who got engaged to music executive Kenneth Petty last year, reportedly married him in October 2019. However, the Super Bass singer never addressed the reports.

Here are some of the pictures shared by Nicki Minaj:

Love. Marriage. Baby carriage. Overflowing with excitement & gratitude. Thank you all for the well wishes.

Nicki Minaj dated Kenneth Petty when she was 16-years-old and was living in Queens. Last year, Nicki Minaj shared a tweet, in which she announced her retirement from the music industry. However, she later deleted the tweet. In November 2019, she released the song Tusa. She wrote in the tweet: "I've decided to retire and have my family. I know you guys are happy now. To my fans, keep reppin me, do it till the death of me, in the box- because ain't nobody checking me. Love you for life."

Nicki Minaj's first solo single was Your Love which was quite a hit. She is best-known for tracks like Starships, Bang Bang, Anaconda, Check It Out, Right Through Me, Moment 4 Life and Megatron among many others. Nicki Minaj's Trollz which released in June this year, remains her last song.