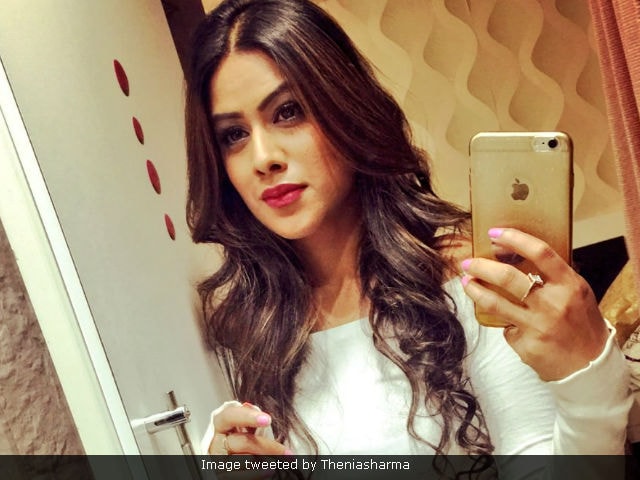 New Delhi: Nia Sharma's Instagram account was hacked, the actress revealed on Twitter. Nia, star of Vikram Bhatt's web series Twisted was upset after her Instagram account was hacked and tweeted: What pleasures do they derive out of hacking an account??? I enjoyed my Instagram the most.. Thanx can't do it anymore.!! (sic)" Nia started her career on the small screen with shows like Kaali - Ek Agnipariksha, Ek Hazaaron Mein Meri Behna Hai and was last seen opposite Ravi Dubey in Jamai Raja. The 26-year-old actress often takes the top spot on trends list for her photoshoots and holiday pictures.

What pleasures do they derive out of hacking an account??? I enjoyed my instagram the most.. Thanx can't do it anymore.!!

Of the hack, Nia said that it feels like she "just lost an organ," in reply to a fan's query:

In February, Nia Sharma was slut-shamed on Instagram after she posted a video of her photoshoot on Instagram. She was called "shameless" and "cheap" among other things. Nia retaliated by posting a similar video and wrote: Oops! Here's one more from the photoshoot!! Ready to slut-shame a girl again? Go aheadddddd.. I'll post five more...Coz thats exactly I got this shoot done.!! And thats exactly how I'll post pictures from the same! (sic).

Promoted
Listen to the latest songs, only on JioSaavn.com
Nia Sharma recently told news agency PTI that viewers find it difficult to accept television actress in bold roles as they are used to see them as "bahu or beti." Of her role in Twisted, Nia told PTI: "People have played roles like these before and done bold scenes onscreen but just because my background is television, people will blow it out of proportion. Everything I am doing is normal, but just because I've played a role of bahu and beti, people will not take it easily."