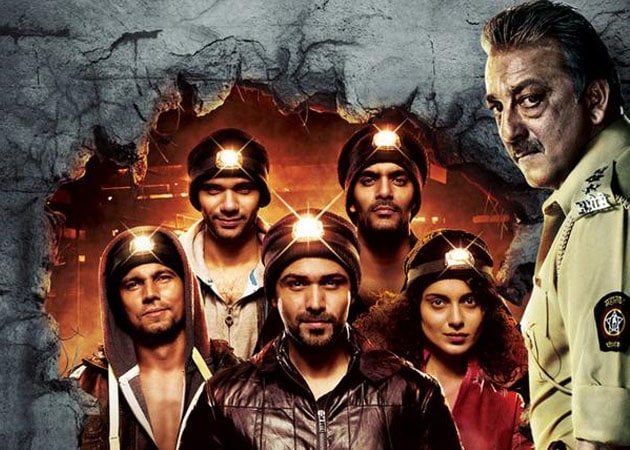 Sometimes all you need to fight corruption is an Ungli (finger). Filmmaker Karan Johar's latest offering to moviegoers takes a rather cheeky route to fighting corruption.

The just-released trailer of the film stars actors Emraan Hashmi, Kangana Ranaut, Randeep Hooda, Neil Bhoopalam and Angad Bedi as the Ungli gang which has taken upon themselves the task of fighting corruption and found a 'middle' way.

The trailer starts on a hilarious note where an autorickshaw driver is kidnapped and transported to another state via a goods train to make a statement about the rampant corruption among the autowalas who charge exorbitantly and refuse to go by the meter.

In the trailer, the group also offers a spicy achaari deal to traffic policemen who accept bribes. All instances indicate that the gang, miffed by petty and deep-rooted forms of corruption, has set out to deal with it in their own way.

Enter Sanjay Dutt, a cop who won't let the gang make a mockery of the law, and therefore sets about putting them to rights.

A funny moment also takes place at the end of the trailer when Emraan sportingly takes a dig at his 'Serial Kisser' image.

Promoted
Listen to the latest songs, only on JioSaavn.com
The film, which is slated to release on November 28, will be Sanjay Dutt's second release post his conviction in the Bombay Blasts case.

The film is directed by Rensil D'Silva, whose last project and claim to fame was actor Anil Kapoor's TV show 24. The film also stars Neha Dhupia and Arunoday Singh in pivotal roles.