Netflix's Sacred Games has the makings of a winner. Saif and Nawazuddin are on top of their game 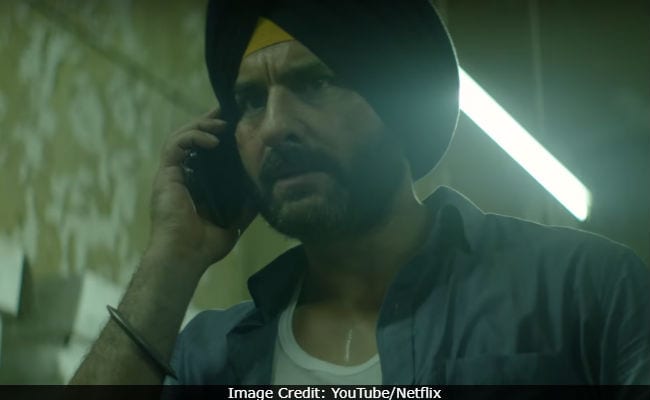 The opening episode of Sacred Games, Netflix's first original series commissioned in India, takes only four to five sequences to establish the degrees of separation between the complex warp and weft of Vikram Chandra's discursive and definitive Mumbai underworld novel and the racy dynamics of a serialized show crafted for a streaming platform that straddles 190 countries. And that is exactly how it should be: it is absolutely clear from the outset that watching Sacred Games isn't going to be anything like lying back on a bolster and reading a 900-page tome packed with multiple detours and sub-plots. It will be a game with its own set of rules.

This dark thriller, jointly directed by long-time collaborators Vikramaditya Motwane and Anurag Kashyap, has been filmed largely on real locations. It looks primed to be India's answer to Narcos - and then some. Thanks to the editing and the evocative background score, Sacred Games throbs with life as death and danger stalk the streets of Mumbai.

It wastes no time in making its intentions clear. A yelping Spitz plunges from a high-rise building and crashes to the ground as girls setting out for school recoil in horror - that is how the novel kicks of - but the eight-episode series goes off on a tangent from here on, away from the home of a violently bickering couple from whence the dog emanated.

It cuts to a sequence of an unidentified woman, already losing blood from a wound on the side of her belly, being shot from point-blank range by crime boss Ganesh Eknath Gaitonde (Nawazuddin Siddiqui). Having read the book, we know that he is a notorious mobster who had been missing for a decade and a half from the city where he began his career as a rabble-rousing don. 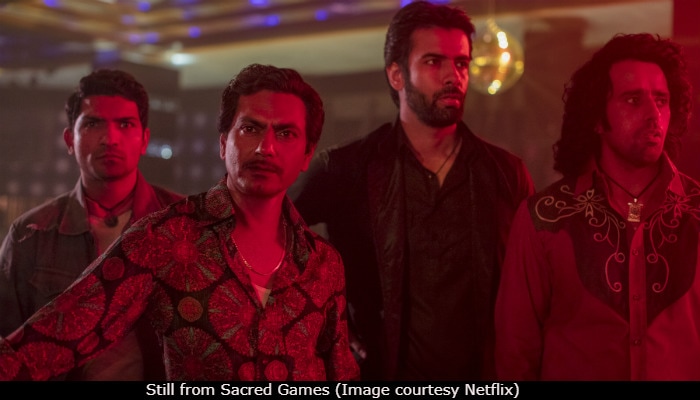 In this cluster of quick-cutting scenes is an encounter killing of a teenaged criminal, followed by an internal police inquiry in which a man in uniform, Majid (Aamir Bashir), lies through his teeth in order to save his boss, Deputy Commissioner Parulkar (Neeraj Kabi), from punitive action. Unable to countenance the blatant subterfuge, Sartaj Singh (Saif Ali Khan), a world-weary Sikh inspector in the Mumbai police officer, walks out of the room in disgust.

Majid follows him to the men's room and punches him hard. Why did we have to kill the boy, he was willing to surrender, Sartaj asks his cynical colleagues. Not surprisingly, he receives no answer. The stage has thus been set for a long-drawn battle of attrition between gangsters and policemen, both of whom thrive in operating outside the pale of the law.

In the same string of establishing sequences, we also see RAW agent Anjali Mathur (Radhika Apte) soon enough, doing her assigned job - tapping conversations among elements deemed dangerous to the nation. The fact that everything that is laid out before us in these introductory moments is linked to everything else not only strengthens the efficacy of this early editing rhythm but also lends momentum to the narrative.

This is as no-nonsense and direct an approach that there can be to a screen adaptation of Chandra's 2006 epic, which was set in 1993, in the immediate aftermath of the Babri Masjid demolition and during the Mumbai riots and serial bomb blasts that followed that cataclysmic event that changed India forever. Sacred Games, as scripted by Varun Grover, Smita Singh and Vasant Nath for Netflix, shifts the action closer to our times - the mobile phones make that clear - and enhances hastens the pace in a way that only long-form serial television can.

Sacred Games, all eight episodes of which begin streaming from Friday July 6, has just the right mix of style and sass to make for a riveting thriller. Episode 1 whets the appetite by creating the foundation of the tension and intrigue that made the 900-page novel such a huge hit. It also shows promise of capturing the book's amazing sweep that, while focusing on the sordid aspects of politics, policing and society in India's glittering financial capital, took in its wide embrace, the major historical signposts of contemporary India.

In the first episode itself, the Emergency is touched upon as Gaitonde talks about the circumstances that pushed him to what was then Bombay and into the world of crime. His past links with Sartaj are indicated but the unravelling of their exact nature and extent are left for subsequent episodes.

If the first impression is anything to go by, Saif Ali Khan, in a toned-down, jaded avatar, is perfect in the turbaned garb of Sartaj Singh, an honest policeman caught in a corrupt system but racing against time to save Mumbai from annihilation. A mysterious tip-off that leads him and his assistant to Gaitonde's cube-shaped lair in Kailashpada, where the episode winds down on a grisly note. 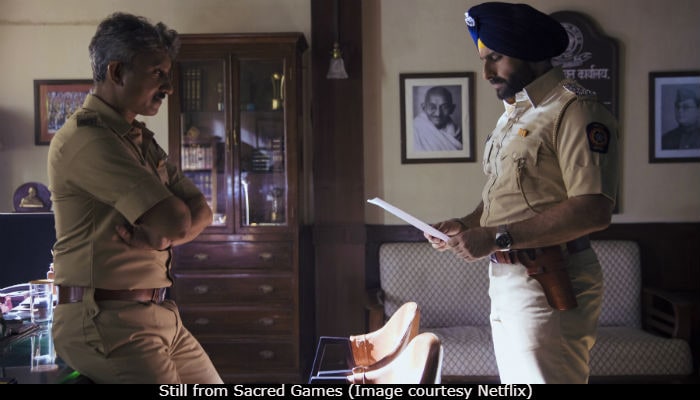 Sartaj, has never managed to emerge from the shadow of his deceased policeman-dad Dilbagh Singh, nor has he ever cracked a major case - by his own admission, the only criminal he has ever nabbed is Sonu the pickpocket. The man suffers from low self-esteem, a state of mind aggravated by a failed marriage. This nuanced, understated performance looks destined to be one of Saif's best ever.

Promoted
Listen to the latest songs, only on JioSaavn.com
Gaitonde occupies psychological turf that Nawazuddin Siddiqui has trod with aplomb and finesse before, thanks to his memorable star turns in Raman Raghav 2.0 and Monsoon Shootout. He adds intriguing new layers to the character of a cocky mobster who believes he is immortal, like Ashwathama - an entire strand of the novel has the man telling his story from the grave, a fact that he alludes to in the final moments of Episode 1.

So, there is much to look forward to in Sacred Games. The series has the potential to wean back viewers who have been driven away from television by drab soap operas and trite entertainment formats.