Neetu Kapoor On Her Equation With Alia Bhatt: "Same As It Was For Me And My Mother-In-Law" 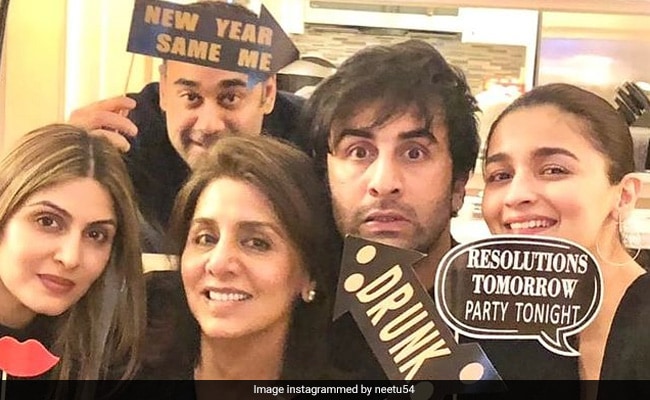 She added that the relationship between a mother-in-law and a daughter-in-law depends on the husband. "So, I feel the relationship between a mother-in-law and daughter-in-law is the husband's fault. Because you love your mother so much, and jab tum joru ka gulaam ban jaate ho na, fir maa ko problem hoti hai (when you become your wife's slave then the mother has a problem). If you balance your love for your mother and your wife, it is always nicer. She will love you more. When you become too much of your wife, that's when the mother feels..." said Neetu Kapoor.

Praising her son, Ranbir Kapoor, and how he balances his love between Alia and his mother, the 63-year-old actress said, "I am not getting this feeling because my son is a very intelligent man, he balances his love. He doesn't go all 'mom mom mom,' he may call me once in five days and ask, 'aap thik ho na (I hope you're fine)?'. For him to ask me this is enough."

Ranbir Kapoor and Alia Bhatt married on April 14, 2022. The couple tied the knot in an intimate ceremony at their Vastu home in Bandra.

Neetu Kapoor also opened up about any marital advice she gives to her son or her daughter-in-law. "These days, you can give any advice to anyone, woh sab seekh ke aate hai. They'll teach you, nobody listens to you. It is better to stay away from advising," she said.

On the work front, Neetu Kapoor will be seen in Jugjugg Jeeyo co-starring Anil Kapoor, Varun Dhawan and Kiara Advani.