Neena Gupta, Trolled For What She Wore To Meet Gulzar, Has This To Say 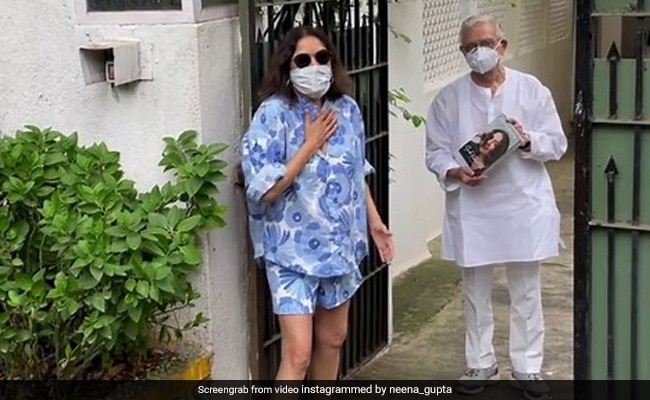 Neena Gupta, who was on the receiving end of criticism for her choice of outfit during her recent meeting with veteran lyricist Gulzar, reacted to the hate comments. The veteran actress, who visited Gulzar to gift him her memoir Sach Kahun Toh, was dressed in a co-ord set. Neena Gupta, in an interview with ETimes, said, "I fail to understand when anybody writes that I have been trolled for this. It's plain rubbish. What's the definition of 'trolling'? Doesn't it mean that several people are criticising you? Look at the amount of praises I've received. Should I really even bother about just 2 or 4 people?"

"Why? Why should I give any importance to 2 to 4 people when they comprise of just a scanty per cent which is in contrast to those who've loved me for this," ETimes quoted Neena Gupta as saying.

Neena Gupta, who worked with Gulzar in a historical drama series called Mirza Ghalib (produced by him), shared her experience of working with him in her memoir. She revealed that she told him about her pregnancy. "I was only a few months along when I received this offer but I didn't want to lose the opportunity. I really needed the money. But I couldn't be dishonest even if I was a bit desperate. So I told Gulzar Sahib the truth," she wrote in her memoir and added, "Gulzar Sahib is a gem of a person and so non-judgmental. He not only gave me the part but also took extra care of me during the filming."