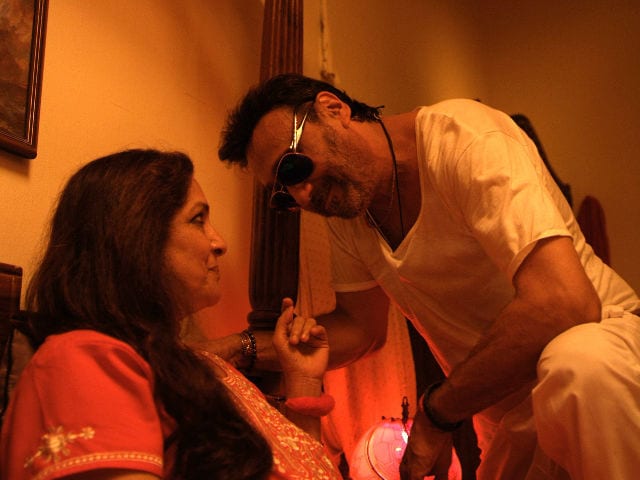 New Delhi: Actors Jackie Shroff and Neena Gupta will work together for the first time in upcoming shirt film titled Khujli. The film, directed by Sonam Nair, is about the secret desires and hidden fantasies of a middle-aged couple which they never discussed in a marriage of 25 years. Sharanya Rajgopal, Chief Writer and Creative Producer of Terribly Tiny Talkies, said that Khujli as a story hasn't been explored. "Right from the early stages of exploring this premise to roping in Jackie Shroff and Neena Gupta to finally executing Sonam's insane vision - this is one journey that we will remember for a very long time. This film is bold, funny and unique," he told news agency IANS.

"The monotony of a middle-aged couple's life taking a risque turn is what drew us in. The entire process of making this film has been a riot. Think about it, it could happen to any couple around us behind closed doors," he added.

Talking about the film, actor Jackie Shroff told IANS: "Khujli is a light-hearted film. I loved the story and the way Sonam Nair (director) narrated it. I really enjoyed working with the team of TTT." Actress Neena Gupta, who has featured on shows like Saas and Ladies Special, told IANS: "Shooting for Khujli was as much fun as reading its script. When actors have enjoyed the process of doing the film so much, I am sure the audience would enjoy it too. It was a great experience."

Promoted
Listen to the latest songs, only on JioSaavn.com
Khujli will be out on Terribly Tiny Talkies on Friday.