Yami Gautam shared a heartfelt note about the experience on Instagram. 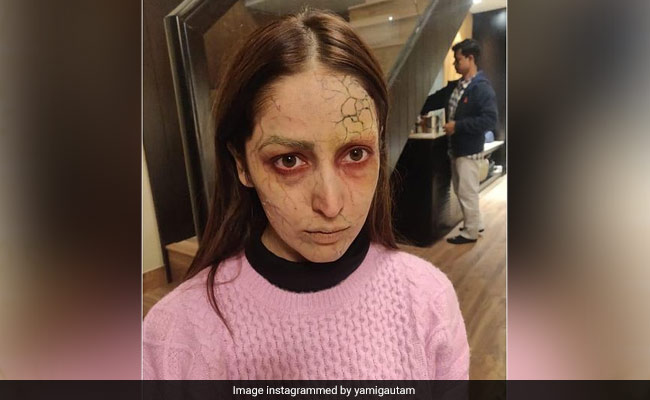 Yami Gautam has proved that she is a versatile actress with each of her roles. From the chirpy girl-next-door to a sleek RAW agent, the actress has done it all in her films. But with her latest release, Bhoot Police, the talented star was able to indulge in her love for horror movies. This time around Yami Gautam was not just a mute spectator who jumped on cue but was playing the role of a "possessed woman", at least in a portion of the film. And, according to a new Instagram post, the actress shared that the task on hand was not easy at all.

Sharing glimpses of herself in the character, Yami Gautam said that she had to brave several challenges to pull off the role of a “possessed” woman. In a detailed caption, she wrote, “My love for horror films was one of the main reasons that got me excited to play the part in Bhoot Police, where I get “possessed”. It wasn't easy as it took 3 hours for me to get into this look and 45 minutes to get out of it, each day, shooting bare feet and with cable work, throughout the chilly nights in Himachal.”

The actress added, “Despite my neck injury, I wanted to do everything myself, and my Yoga practice helped me to achieve it to a great extent. Although, I wish I could take some professional training, but the pandemic restrictions made it impossible at that time. I did whatever best I could on the set.”

Yami Gautam said that it was instances such as these that makes her love her craft. “These are a part of the challenges that come along with the profession I love so much,” she said, adding, “And I will do it again and again. Thank you for giving me so much love, again and making the pain seem absolutely worth it.”

Yami Gautam also thanked her team for their support.

The actress also shared clips of her transformation into the character on Instagram Stories. 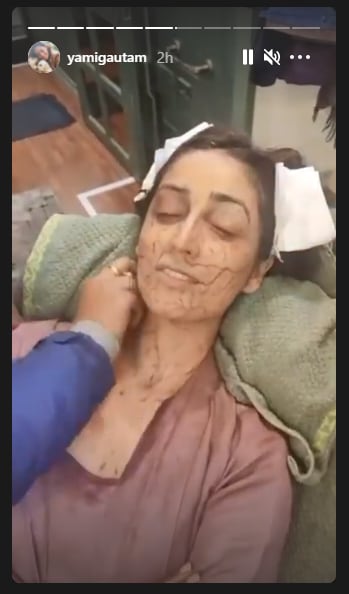 The actress often gives fans a peek into her upcoming films with such posts and videos. Yami Gautam displays her love for the craft by sharing heartfelt notes about her projects. Take, for instance, a note shared by Yami Gautam after wrapping her upcoming film Lost. Sharing images with the cast and crew, she wrote, “As I wrap up “Lost” today, I reminisce the lovely moments I experienced while working on this special film with a big smile in my heart.” Talking about the changes, the actress added, “We faced many challenges with the weather, the chaos of shooting at live locations, the battles of shooting at congested places in covid times... but we stuck together as a team and it was all worth it in the end.”

Here is another post from the sets of Lost: