The song Tere Naal Nachna, will reportedly be played in the opening credits 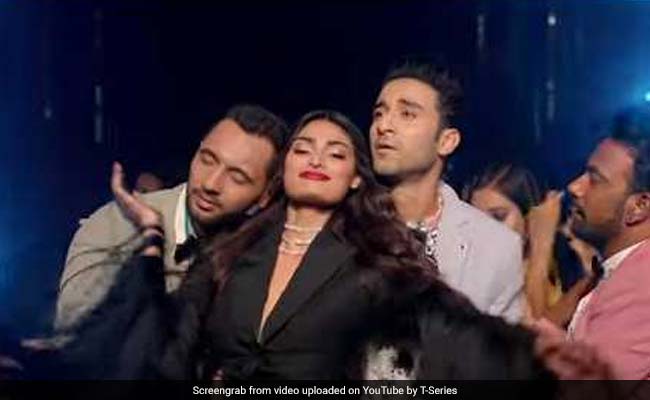 Get ready to groove to the tunes of rapper Badshah, who is back with yet another peppy track for the upcoming film Nawabzaade. The song Tere Naal Nachna will reportedly be played in the opening credits and guess who also features in the track? It's Athiya Shetty, who is seen shaking a leg with Badshah, Raghav Juyal, Punit Pathak and Dharmesh Yelande. Though Athiya Shetty is not part of the film, she makes a special appearance in the music video, which was released recently. Tere Naal Nachna is a typical Bollywood club mix, which is set in the backdrop of a glittery pub. The lyrics of the track are all about having a fun time while partying. Badshah's latest song is sure to make a grand entry to every clubs and parties in town.

Written, composed and sung by Badshah and Sunanda Sharma, the song has been choreographed by Remo D'Souza. This is the second video released by the makers of the film.


Just a week ago, High Rated Gabru, starring Varun Dhawan and Sharaddha Kapoor, was released. Guru Randhawa's super popular track High Rated Gabru got a makeover to feature in the upcoming film. The duo turned heads with pitch-perfect dance moves in the video, which was also choreographed by the ABCD 2 director. Within a week's time, the video has over 41 million views while its original has a whopping 405 million views. In case you missed, here's the video.

Nawabzaade stars Raghav Juyal, Punit J. Pathak and Dharmesh Yelande. The movie is produced by Remo D'Souza and is directed by Jayesh Pradhan.