"Hello, everybody. Just wanted to introduce you to my new acquisition," said Amitabh Bachchan 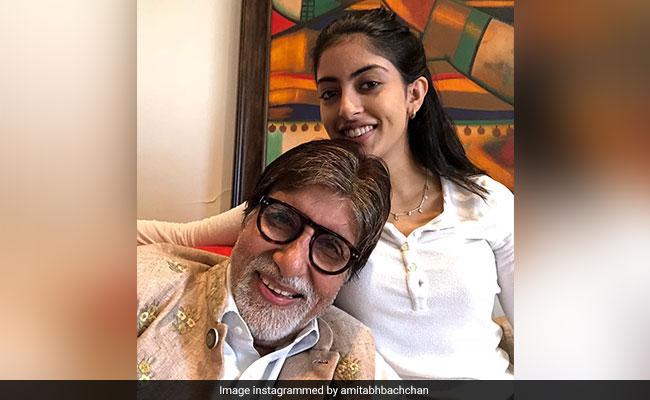 Amitabh Bachchan is such a rockstar and he does everything in style, including his Republic Day post. On January 26, Big B wished his Extended Family (his social media followers) with a personalized video message, in which the highlight was Big B's "new acquisition." Mr Bachchan, who is a COVID-19 survivor, showed us his new face mask actually in the video. "Hello, everybody. Just wanted to introduce you to my new acquisition. A very happy Republic Day to all of you," Mr Bachchan said in the video, with his face mask dangling from one ear. The magic unfolded as he put it on and began talking.

Big B's Instafam was amused by his new possession and his granddaughter Navya Naveli Nanda was one of the first ones to have a good laugh over it: "Hahahahahaha, love it." Amitabh Bachchan's video also cracked up the likes of Shilpa Shetty, Siddhant Chaturvedi and Mouni Roy, who co-stars with Big B in upcoming movie Brahmastra.

https://www.instagram.com/p/CKgh5s7BaL8/ Mr Bachchan, 78, was diagnosed with coronavirus last year, spent weeks at Mumbai's Nanavati Hospital and returned home in August after testing negative. His son, actor Abhishek Bachchan took longer to recuperate. Both Abhishek and Amitabh Bachchan resumed their work schedules soon after. Last seen in Gulabo Sitabo, Big B's line-up of movies includes films such as Chehre, Brahmastra and Jhund. Big B will also be directed by Ajay Devgn for an upcoming movie titled Mayday, which is believed to be a compelling thriller.