Aishwarya Rai, Abhishek Bachchan and Navya were all smiles for the cameras 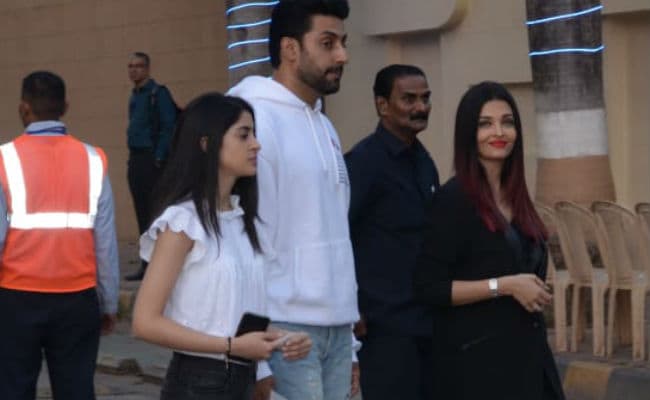 Aishwarya Rai, Abhishek Bachchan and Navya at the venue

On Day 2 of Aaradhya's annual day event at the Dhirubhai Ambani International School, her parents Aishwarya Rai and Abhishek Bachchan were accompanied by her cousin Navya Naveli Nanda. Navya is Abhishek's sister Shweta Bachchan Nanda's daughter. Pictures of Aishwarya, Abhishek and Navya entering the school have been shared widely on the Internet. They were all smiles for the cameras. Aishwarya was dressed smartly in a black coat and matching trousers while Navya wore a white top and black jeans. Aishwarya arrived at the school earlier with daughter Aaradhya, who was dressed cutely in a red costume. Shah Rukh Khan and Gauri's son AbRam, who studies in the same school, came with his mom. Gauri was dressed casually for the event. 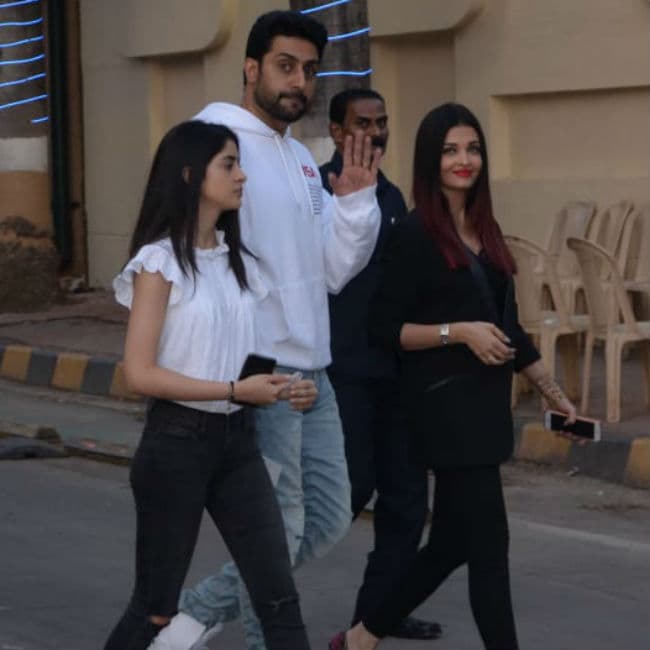 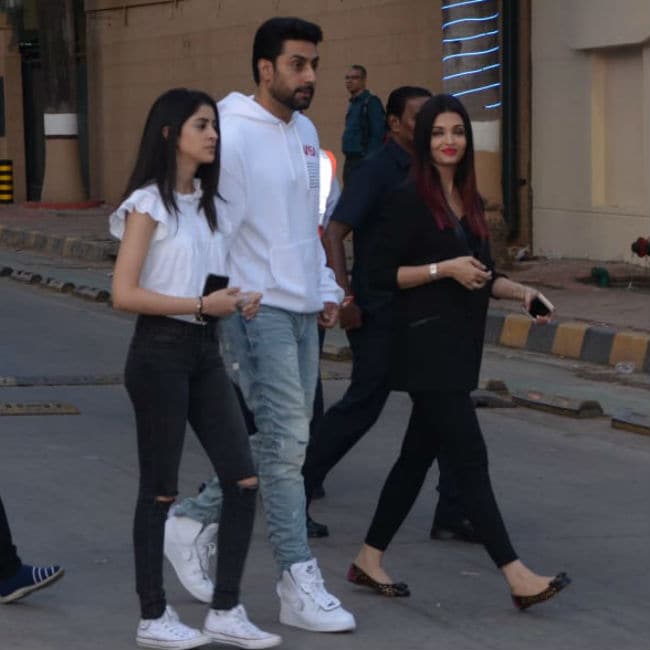 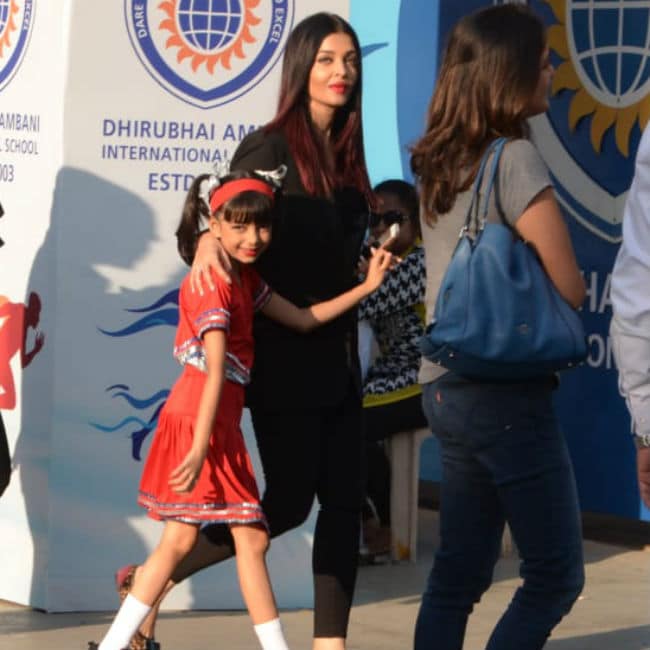 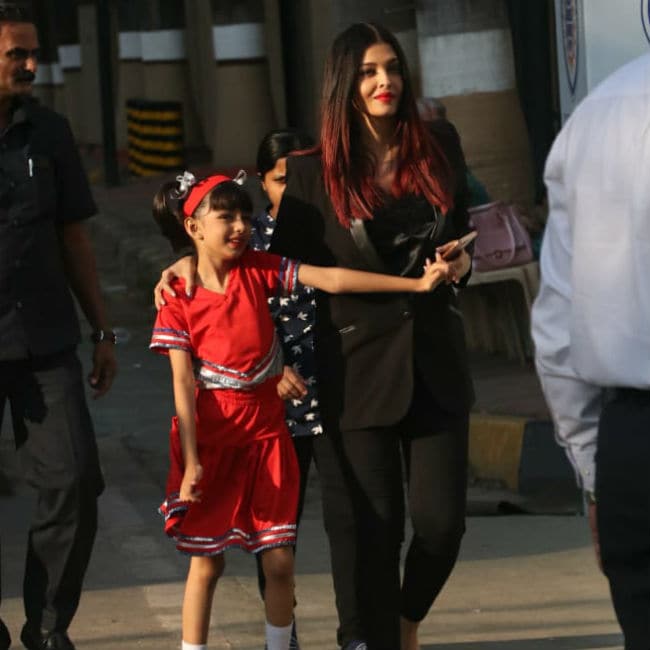 SRK, who was spotted at Thursday's event, wasn't photographed at the venue with Gauri and AbRam. His film Zero hit the screens today. 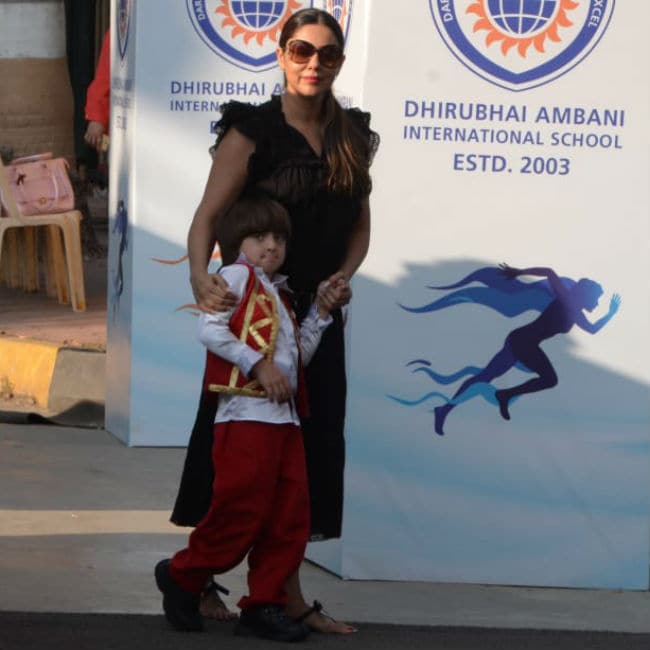 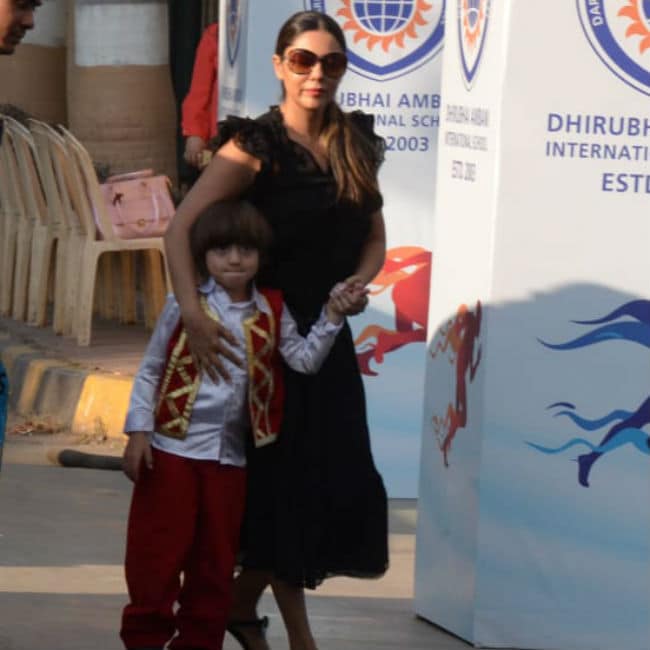 The cameras also spotted Hrithik Roshan and Sussanne Khan's sons Hrehaan and Hridhaan entering their school premises for the event. 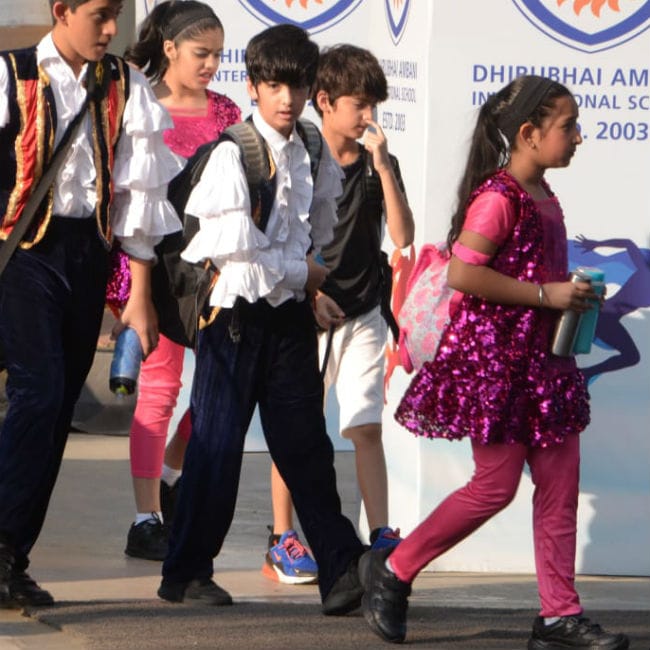 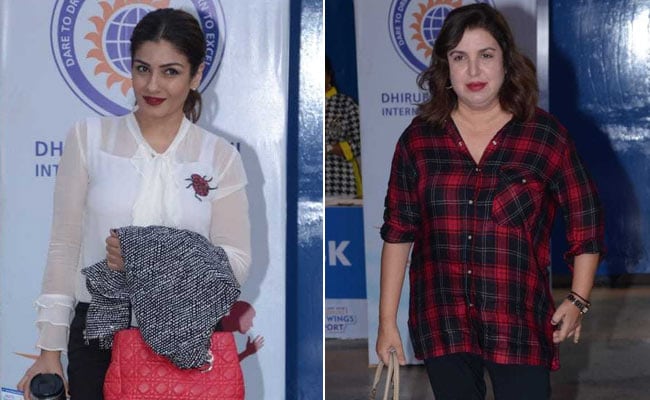 Nita Ambani, the founder and chairperson of the school, was also photographed entering the venue. 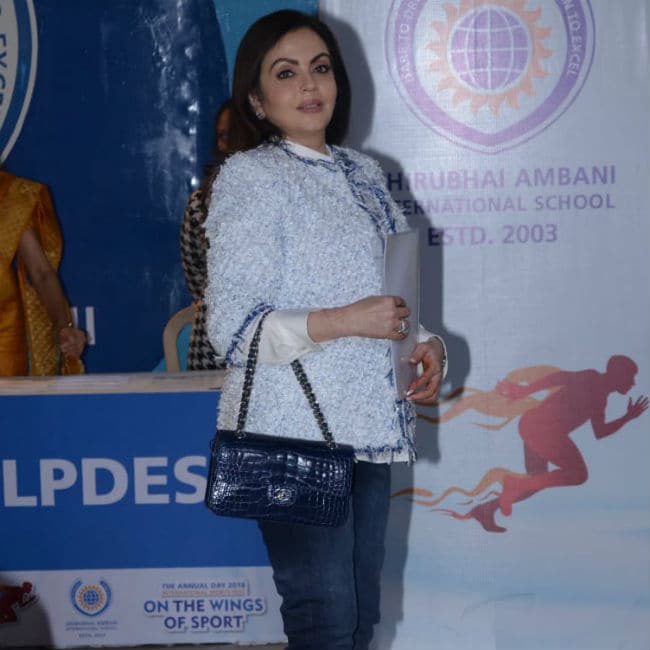 Meanwhile, videos of Aishwarya and Abhishek clicking Aaradhya's pictures while she performed on stage on Thursday are going viral. In the videos posted by a fan club, Aishwarya can be seen lip-syncing Aaradhya's performance track.

The clip of the night! #BestMom#Aishwaryapic.twitter.com/vOo6PMLMY5

Part 4 from Aaradhya's performance and look at her proud mummy and daddy recording the entire thing pic.twitter.com/6R0b8RyGuQ

On Thursday, Karisma Kapoor was also spotted at the school to see the performances of her children Samiera and Kiaan.