"Nature, to be commanded, must be obeyed," read Sidharth Malhotra's caption 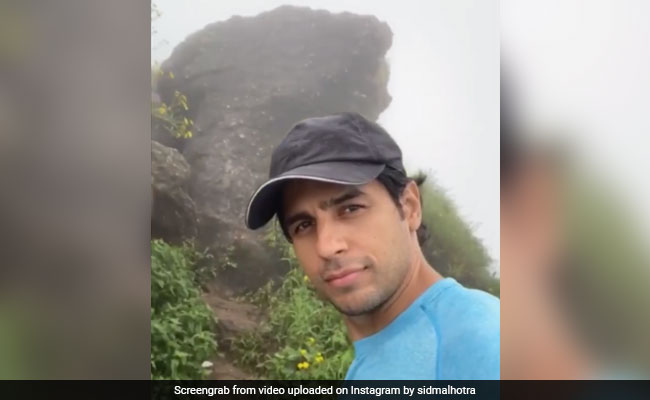 Sidharth Malhotra in a still from the video. (courtesy: sidmalhotra)

Sidharth Malhotra went for a trek and he shared a video from it on his Instagram profile on Tuesday night. Adding the hashtags #NatureLover and #OutdoorJunkie to his post, the actor shared snippets from his day out and he accompanied it with a caption that read, "Nature, to be commanded, must be obeyed - Francis Bacon. Had such a super trek this morning." Sidharth's Instafam flooded the comments section of his post with heart emojis. "Positive vibes always," commented a fan. "Never failed to amaze us," added another. Another comment on his post read, "The most handsome tree hugger."

Nature, to be commanded, must be obeyed -Francis Bacon. Had such a super trek this morning #NatureLover #OutdoorJunkie

Earlier this month, the actor shared a video from his workout session at home and he captioned the video: "The distance between your dreams and reality is called action. #WorkForIt #SidFit." Take a look at the post here:

The distance between your dreams and reality is called action! #WorkForIt #SidFit

In August, Sidharth shared what's on his bucket list and wrote: "At least I can keep my list ready," adding the hashtag #NewBucketList. ICYMI, this is the video are talking about:

Sidharth Malhotra made his Bollywood debut with the 2012 film Student Of The Year, alongside Alia Bhatt and Varun Dhawan. He has featured in films like Aiyaary, Baar Baar Dekho, Jabariya Jodi and Hasee Toh Phasee, among others. His last film was Marjaavaan, alongside Riteish Deshmukh and Tara Sutaria. The actor will next be seen in Shershaah, alongside rumoured girlfriend Kiara Advani. Earlier this year, Sidharth Malhotra featured in Masakali 2.0, alongside Tara Sutaria.