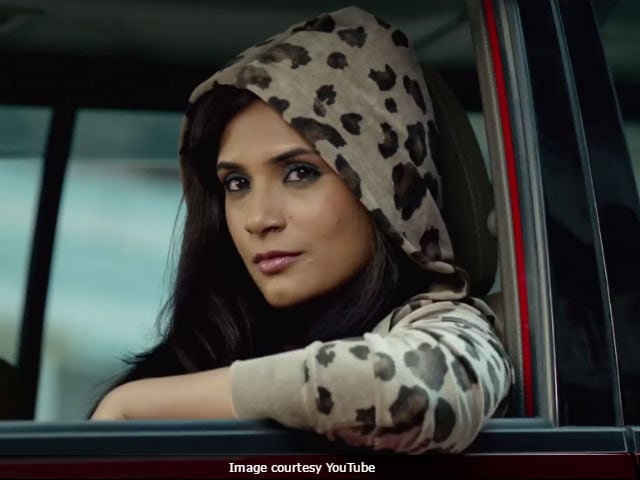 New Delhi: On the occasion of National Sports Day, actress Richa Chadha shared the posters of her five favourite sports films on Instagram. Can you guess which ones she selected? Well, the 30-year-old actress has listed Saheb, Lagaan, Chak De! India, Bhaag Milkha Bhaag and Dangal amongst the top five. In each post, Richa Chadha has clearly explained why these films touched her heart. With the poster of Aamir Khan's Lagaan, the Masaan actress wrote that she had watched the film post her exams and the music of the film won her heart along with the nail-biting end. Whereas, the film Bhaag Milkha Bhaag, which stars Farhan Akhtar, the producer of her film Fukrey, was a 'fantastic biopic.' "We were promoting #Fukrey in Dubai when our multifaceted producer @faroutakhtar joined us. He hit the gym before he joined us for Press. Amazing commitment! His physical transformation made as much news as his performance," wrote Richa Chadha.

This 1985 film was such a gem! Made me a life-long fan of @anilskapoor ! A remake of a 1981 Bangla film of the same title, this was a beautiful film about a family's struggle to get their daughter married, with a dark and unexpected twist at the end. this. #NationalSportDay

I watched #Lagaan after my exams in the summer of 2001, in Chandigarh... even with a run-time of 3 plus hours, it had such a nail-biting finish... who doesn't love a cricket match that keeps you hooked till the end, especially between the oppressor and the oppressed, where the right side wins? ... Lagaan made the Foreign Film category at the Academy, apart from sweeping all awards here. I loved the music by genius @arrahman the entire cast... it was the beginning of what I call #AamirKhan's patriot films ... @ashutoshGowarikar 's best.

One of my favourite @iamsrk films. Directed by Shimit Amin, (where are you now, we miss you). Such a great all girls cast!!! Again, amazing title track... the lyrics... Kuch kariye Kuch kariye... #NationalSportDay ought to celebrate the #NationalSport - Hockey!!!

We were promoting #Fukrey in Dubai when our multifaceted producer @faroutakhtar joined us. He hit the gym before he joined us for Press. Amazing commitment! His physical transformation made as much news as his performance. Salute heroes like Milkha Singh, this was a fantastic biopic #nationalsportday

And the last in the list... this amazing film from last year featuring cuties @sanayamalhotra and @fattysanashaikh ... again @AamirKhan... but the world woke up to Nitesh Tiwari... love love love!

Earlier today, Deepika Padukone participated in an interactive session with her fans and revealed that badminton and swimming are her favourite sports.

Taapsee Pannu shared pictures of women athletes Harmanpreet Kaur, Deepa Malik, Asha Roka and PU Chitra along with a caption that read, "She believed she could. So she did. Who said sport is only for men? Let's celebrate our women heroes on #NationalSportsDay."

She believed she could. So she did. Who said sport is only for men? Let's celebrate our women heroes on #NationalSportsDay. pic.twitter.com/VE8gchZb2K

On National Sports Day, tell us which is your favourite sport in the comments below.
Comments
Richa ChadhaLagaanDangal