On National Girl Child Day, Amitabh Bachchan tweeted, "Let us break down these barriers and let them reach for their dreams. Meri Beti Meri Shakti" 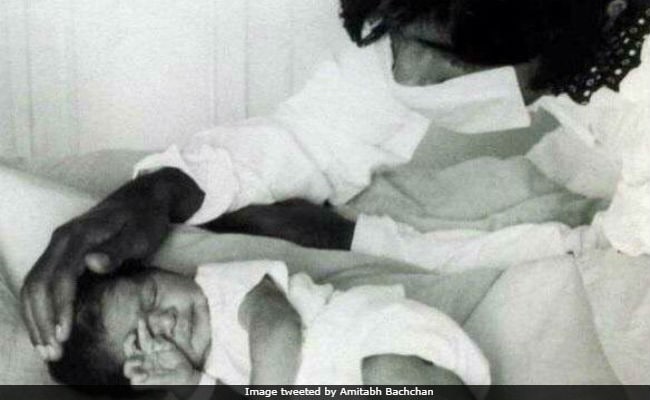 New Delhi: With an intent to add into the prominence of National Girl Child Day, Prime Minister Narendra Modi, megastar Amitabh Bachchan, Twinkle Khanna, Sonam Kapoor, Shraddha Kapoor and cricketer Sachin Tendulkar tweeted their thoughts about the day. "A girl's path in life is filled with tremendous odds for them. This National Girl Child Day, let us break down these barriers and let them reach for their dreams. Meri Beti Meri Shakti," Amitabh Bachchan tweeted, along with pictures of daughter Shweta Bachchan Nanda and granddaughter Aaradhya. In an initiative to empower girl child, every year on January 24 is celebrated as the National Girl Child Day.

T 2591 - A girls path in life is filled with tremendous odds for them. This #NationalGirlsChildDay, lets break down these barriers and let them reach for their dreams #MeriBetiMeriShakti@PlanIndiapic.twitter.com/vl27bGflmH

Every year, we celebrate #NationalGirlChildDay to increase awareness about equality. It's incredibly important for us to educate ourselves on the necessity of girls having access to education, nutrition & health care...
Know more, download my App - https://t.co/7IElee2rWRpic.twitter.com/PWESgqExFA

I have a little one, a year younger than my daughter whom I have promised to educate all the way through college-I urge you to educate one girl child each and help empower the next generation ! #BetiBachaoBetiPadhaohttps://t.co/tPCie8Lo8d

Twinkle Khanna turned producer with Akshay Kumar's PadMan, a film which talks about spreading awareness on menstrual hygiene. In an interview to BBC News, Twinkle Khanna had said, "I thought this was a remarkable story which really needed to reach every household in India, and globally, because I think the taboo around menstruation is not just in India, it's a global problem."

Here's what other celebs posted.

Little girls with dreams, become women with greater visions. Here's to every girl, her every dream and to our hope for a safe and equal opportunity society for her! #NationalGirlChildDay

Actress Richa Chadha through her video message on National Girl Child Day, also takes on the United Nation's #HeforShe campaign, saying, "I got a thought on this National day go Girl Child that while we talk about government initiatives like Beti Bachao, Beti Padhao but I think we need to discuss things like everyday sexism too." The #HeforShe campaign is an initiative by United Nations to 'make men and boys be the agents of change for equal rights of women.

Please raise your hands .. all those fathers who thank God everyday, every moment, for the gift of their daughters in their lives #NationalGirlsChildDay

Daughters are special! Appreciate them, admire them and respect them. Let them chase their dreams. #NationalGirlChildDaypic.twitter.com/6MIp9y9Unc

She is the exclamation mark in the happiest sentence that I could ever write. Daughters are angels. #NationalGirlChildDaypic.twitter.com/T3Y4h9rHNA

Meet Sandhya Puchalapalli, she is an inspiration to many in Andhra Pradesh and all over the world for fighting for rights of abandoned girls pic.twitter.com/Gi9i5dAFfK

The key objective of National Girl Child Day is to raise awareness about educating and empowering them.
Comments
amitabh bachchanpadmansonam kapoor