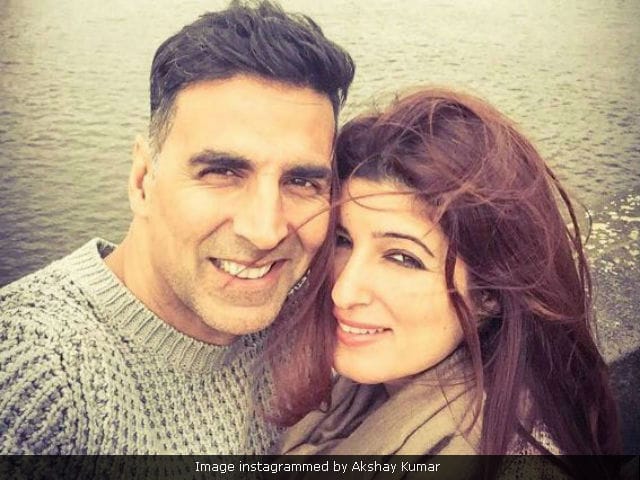 New Delhi: In a very emotional tweet, actor-turned author Twinkle Khanna congratulated her husband Akshay Kumar, who won his first ever National Film Award for Best Actor, for the film Rustom. Twinkle, 43, wrote: "I don't know if I am crying or laughing-emotions all over the place. So proud of you @akshaykumar you smart, humble, amazing creature!" In turn, Akshay thanked his "loving wife" in a video message, adding, "My wife jokingly says that it's good that I don't go to award functions because I don't get any awards. It's better late than never." Akshay Kumar and Twinkle Khanna, a former actress, have been married for 16 years.

Here's what Twinkle tweeted for Akshay:

In his video message, 49-year-old Akshay Kumar said he was "humbled" and also cited actress Sonam Kapoor, who he's currently filming with and who received a special mention at the National Awards for her film Neerja. "The good thing is that she's with me. It's a double celebration for us today," Akshay Kumar said. Sonam Kapoor and Akshay are shooting for Padman, produced by Twinkle Khanna, in Maheshwar, Madhya Pradesh.

Promoted
Listen to the latest songs, only on JioSaavn.com
Here's what Akshay posted:

Akshay Kumar's 2017 began with a bang and looks upwardly mobile. He won rave reviews and box office crores as the title character in black comedy Jolly LLB 2, a satire of the legal system - Rustom also placed him in court but on the wrong side of the law. Akshay made a special appearance in the recently released Naam Shabana, starring Taapsee Pannu whose film Pink won the National Award for Best Film on Social Issues. Akshay Kumar's other films this year include Toilet: Ek Prem Katha and 2.0, which stars Rajinikanth.