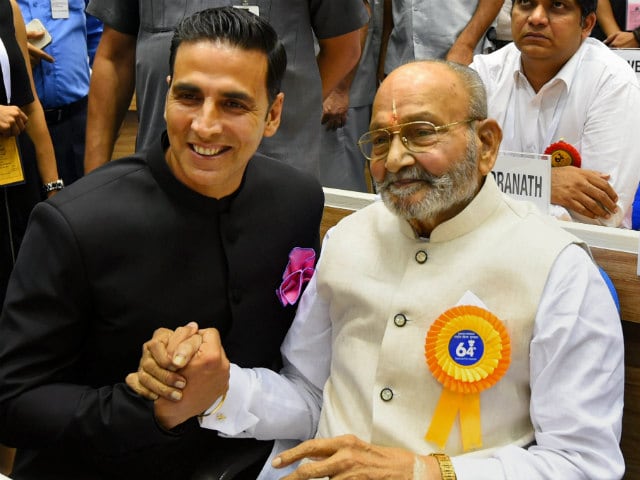 Akshay, whose first National Award this is, tweeted soon after receiving his prize to say:

The complete list of awardees is below. South veteran K Vishwanath received the Dada Saheb Phalke Award for his contribution to cinema.

Here are pictures from the National Award ceremony: 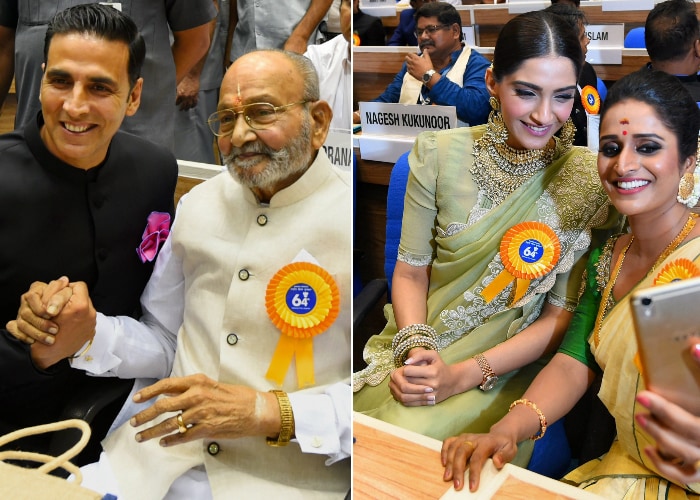 National Film Awards 2017: The Padman co-stars were photographed congratulating each other (courtesy PTI)

Akshay Kumar was accompanied to the National Awards by wife Twinkle Khanna and son Aarav. Ahead of the ceremony, the 49-year-old actor posted this photo:

Akshay Kumar's win for Best Actor - his first National Award - has been clouded by controversy. The merits of his performance in Rustom, the film for which he was awarded, versus those of Aamir Khan and Manoj Bajpayee in Dangal and Aligarh have been furiously debated. National Award jury chief Priyadarshan, who has directed Akshay in movies like Hera Pheri and Bhagam Bhag, has also been accused of favouritism.

Akshay's National Award has been defended by colleagues like filmmaker Karan Johar and actor Suniel Shetty, who co-starred in the Hera Pheri films. Akshay himself told news agencies some days ago, ""I've been hearing it for past 25 years, whenever someone wins there is some discussion around it. This is not new. Someone or the other always creates a controversy. 'He shouldn't have won, the other person should have.' It's okay. I've won this after 26 years, agar woh bhi aapka mann kare toh le lo (take it back if you feel like it)."

Here are all the winners of this year's National Awards:

Promoted
Listen to the latest songs, only on JioSaavn.com
REGIONAL AWARDS