Naseeruddin Shah is 'Envious' of These Actors 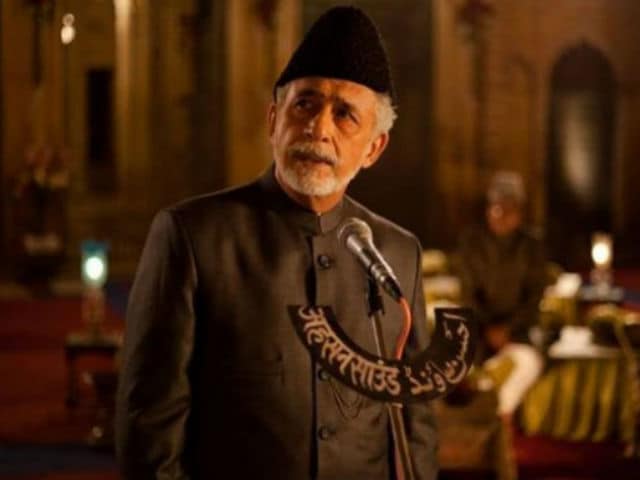 Naseeruddin Shah in a still from Dedh Ishqiya.

New Delhi: Veteran actor Naseeruddin Shah, known for his strong performances in content-oriented films, said that he is envious of actors like Nawazuddin Siddiqui, Manoj Bajpayee and Irrfan Khan as they are 'so skilful.'

Naseeruddin Shah, who has films like Masoom, Mandi and Jaane Bhi Do Yaaro to his credit, said that our country has a "fantastic crop of actors."

"I am envious of them - Nawazuddin, Manoj Bajpayee and Irrfan Khan. They are so skilful. These actors and actors like Arshad Warsi and Vijay Raaz are at par with the best actors in the world," Mr Shah, who was here to promote his forthcoming film Waiting, told IANS.

"Nawazuddin Siddiqui is one of the finest actors I have ever seen and I envy him. I wish I was that good at his age. But it remains to be seen what our great film industry does with a talent like Nawaz. We don't know what it will make of him. But I feel these guys have so much calibre that they will make an enduring mark," added Mr Shah.

Waiting is about the relationship between two people from different walks of life, who befriend each other in a hospital, while nursing their respective comatose spouses. The story of the film divulges into the themes of coping with grief and discovering hope.

Waiting, which also stars Kalki Koechlin, will release on May 27.