Nargis Fakhri And Sanjana Sanghi On The Sets Of Rockstar. Circa 2010 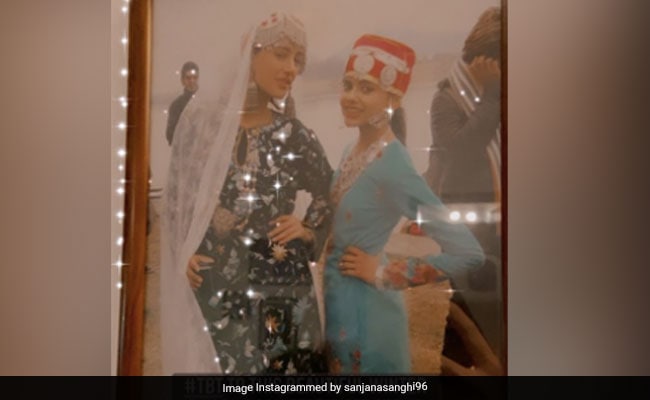 Sanjana Sanghi shared a throwback picture of herself along with her Rockstar co-star Nargis Fakhri. The picture happens to be from the sets of the 2011 film, which starred Ranbir Kapoor in the leading role. Sanjana shared the photograph as a birthday greeting for Nargis Fakhri. In the picture, both the actresses can be seen dressed in traditional outfits. Referring to their onscreen character names in the Imtiaz Ali-directed film, Sanjana Sanghi wrote, "Happiest birthday to the Heer to my Mandy! Love you long time. Nargis Fakhri." She added, "Throwback to this beautiful winter day on Rockstar's set at the Dal Lake in Srinagar, 2010." 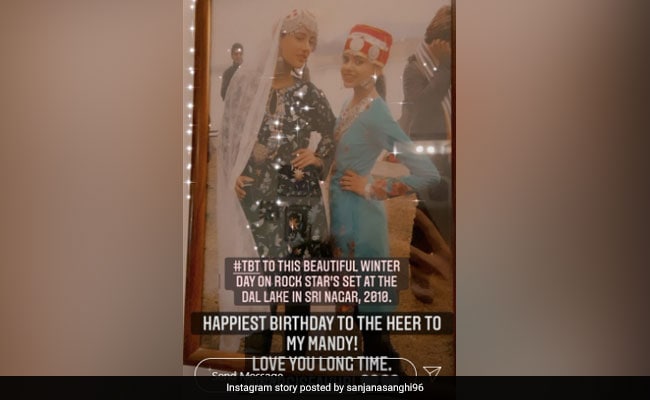 Sanjana Sanghi made her Bollywood debut with the film Rockstar. She starred as Nargis' sister Mandy. Ahead of her film Dil Bechara's release, Imtiaz Ali shared pictures with the actress from the sets of Rockstar and he wrote: "Little Mandy from Rockstar is a big girl now! Looking forward."

Nargis Fakhri, who stepped into Bollywood with Rockstar, has been a part of films like Madras Cafe, Main Tera Hero, Azhar, Housefull 3, Banjo and 5 Weddings. Nargis was last seen in 2019 horror thriller Amavas.

Sanjana Sanghi also made brief appearances in films such as Hindi Medium and Fukrey Returns. However, her breakout performance was in the 2020 film Dil Bechara, in which she starred opposite late actor Sushant Singh Rajput. Directed by Mukesh Chhabra, the film is a Hindi adaptation of John Green's book The Fault In Our Stars.